Leo Varadkar: We cannot have a taoiseach who fails to condemn IRA crimes 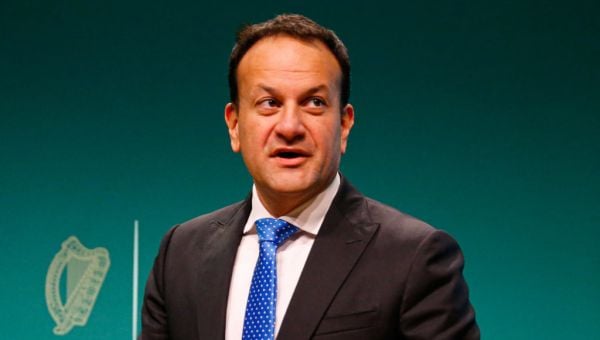 Tánaiste Leo Varadkar has said the country cannot have a taoiseach that does not view atrocities committed during the Troubles as crimes.

He made the comments about Sinn Féin president Mary Lou McDonald, who said on Sunday that there was “no comparison” between crimes committed during the Troubles and the “gangland crime epidemic”.

She told Newstalk’s On The Record podcast that “there is absolutely no comparison” between the two when speaking about former Sinn Féin councillor Jonathan Dowdall, who has been jailed for four years for facilitating the murder of David Byrne at the Regency Hotel in 2016.

Speaking on the Indo Daily podcast published on Thursday, Mr Varadkar said a future taoiseach should be clear that killings during the Troubles were crimes.

“I don’t think we can have a taoiseach in this country who is unable to say that the killing of innocent children, guards, prison officers, members of Defence Forces, is not a crime.

“If she wants to say it was a war and they were war crimes, fair enough, but she has to be able to say that.”

Mr Varadkar also ruled out going into coalition with Sinn Féin, who have stormed ahead as the party with the most support in various opinion polls since the 2020 general election.

“We will not consider coalition with Sinn Féin. Oil and water doesn’t mix. It’s not just about the past, although those issues are important. It’s more about the future,” he said.

Calling Sinn Féin a “high-tax, anti-trade” party who he viewed as Eurosceptics, Mr Varadkar said that he would prefer to go into opposition than try to govern with Sinn Féin.

“If that was the choice before me and Sinn Féin was in a position to lead a government, we’re going to need a strong, democratic opposition party that’s able to hold them to account, restrain them, curb their excesses, replace them, and clean up the mess.

“And I think cleaning up the mess could take 10 years.”

Mr Varadkar also suggested that his party Fine Gael and his coalition partners Fianna Fáil could set up a vote transfer pact for the next election.

“So even without there being an increase in first preferences, just the two centre parties transferring to each other can bring about gains,” he said.

“If this Government continues, if it gets its work done and if it doesn’t break up for some reason, and ends well, then I think that’s an option we’d be putting before the Irish people, that we would seek to continue with the current partners that we have in government.”