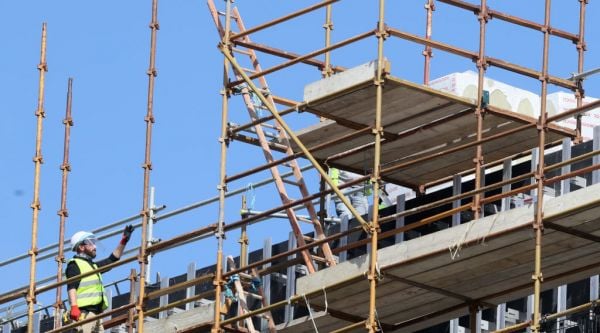 Sinn Fein has been accused of criticising Irish government house-building policies while presiding over a “worse” housing crisis in Northern Ireland.

Tanaiste Leo Varadkar made the claim as he was challenged by Sinn Fein TD Pearse Doherty on the coalition’s record on housing.

In Dail exchanges during Leaders’ Questions, Mr Doherty said the Government’s Housing for All strategy was failing, with house prices, rental costs and homeless numbers at record highs.

“Is it not now time to accept that nearly three years in government that your plan is failing because house prices have gone up, rents have gone up, homelessness is going up,” he said.

“I don’t know what measure you’re using to measure its success but in my mind, that is failure.

“It is time to look at real delivery, to bring forward a plan that actually expedites the delivery of social and affordable and cost rental housing and you’re blatantly failing to meet the targets.”

Mr Varadkar acknowledged there was a need for “way more housing in Ireland”.

“No lack of money, no lack of effort, no lack of care, compassion, no lack of political will, but real constraints that anyone has to deal with.”

Donegal TD Mr Doherty highlighted that Fine Gael had been in power longer than the current coalition administration.

“Tanaiste, you’ve had 12 years to deal with those constraints,” he said.

The Tanaiste countered by focusing on Sinn Fein’s record in the Stormont Executive.

“There’s no party in this House that’s been in office on this island more than yours,” he said.

“You’re 20 years in office on and off in Northern Ireland, with a Sinn Fein finance minister, Sinn Fein housing minister, a Sinn Fein joint head of government, to use your own terms.

“So, if we’ve failed, surely you’ve failed worse and for longer.

“What are your criteria for failure? Do you apply one standard for us and another standard to yourselves because that seems to be your metric and your approach to everything.