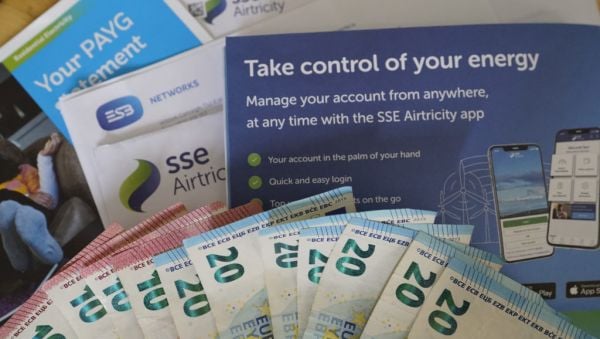 Prices in Ireland increased by 9.2 per cent in annual terms in October, a new blow for households grappling with a cost-of-living crisis.

It follows an annual increase of 8.2 per cent in the consumer price index in September, according to the Central Statistics Office.

Prices have been rising steadily since April last year, triggering the worst cost-of-living squeeze in decades, with consumer price inflation topping 5 per cent for 13 months in a row.

In monthly terms, prices jumped by 1.6 per cent between September and October this year.

The most significant monthly price changes were in housing, water, electricity and gas (up 8.7 per cent), and food and non-alcoholic beverages (up 1.1 per cent).

This was mainly due to an increase in the cost of electricity, gas, solid fuels, home heating oil, mortgage interest repayments and private rents.

Electricity prices are up 71.2 per cent on an annual basis, gas prices have jumped 93.3 per cent while the price of home heating oil has risen 64.5 per cent. In October, solid fuels were 47 per cent more expensive than they were a year ago.

Check out the breakingnews.ie data tracker to view the latest data on prices and the Irish economy