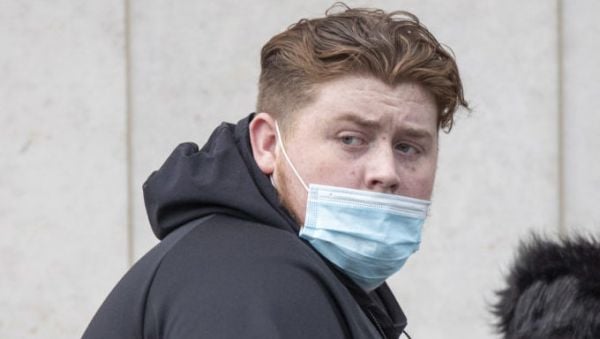 A teenager who “bulldozed” a woman with his car after he had accidentally reversed into her car while waiting to exit a busy shopping complex car park has received a fully-suspended sentence.

Patrick O’Donnell (20) was waiting at the barriers of Dundrum Town Centre when he accidentally reversed into the vehicle behind him. Both drivers got out, and O’Donnell offered to pay the woman for the damage rather than go through his insurance.

Garda Stephen Morley said the woman was concerned that she didn’t know how much the repair would cost and suggested that they go through the insurance. She was on the phone calling the gardaí when O’Donnell got into his car and tried to drive away.

Gda Morley told Garrett Baker BL, prosecuting, that the woman has a hazy recollection of what happened next, but CCTV footage shows that she stood in front of the car in an effort to prevent O’Donnell from driving off.

O’Donnell continued to drive forward slowly, striking the woman several times, before his passenger got out of the car in an effort to move her out of the way.

The woman again refused to move, and after his passenger returned to the car, O’Donnell moved his car before striking the woman a final time, causing her injuries, Gda Morley said.

O’Donnell of Abbottstown Avenue, Finglas, Dublin 11, pleaded guilty at Dublin Circuit Criminal Court to assault causing harm to the woman at Dundrum Town Centre, Dublin, on December 15th, 2020, and dangerous driving. He has no previous convictions.

Judge Melanie Greally asked to be shown the CCTV footage of the incident a second time after Gda Morley finished his evidence.

“What happened was outrageous,” the judge said. “She (the victim) was doing the perfectly correct thing, and it was evident that there were security staff. There were plenty of means by which it could have been appropriately dealt with.”

But she said O’Donnell had “bulldozed” the woman, although she acknowledged he did drive slowly at first.

She said the woman had been persistent in her desire to keep O’Donnell there and what O’Donnell had done was “dangerous in the extreme”.

Judge Greally noted that the woman had pre-existing depression and anxiety and that she “has since suffered very acutely” in terms of her mental well-being.

Judge Greally said the mitigating factors included the early guilty pleas and the expression of remorse from the accused. His lack of previous convictions and the fact that O’Donnell was aged eighteen at the time of the offence were also in his favour. She also noted that €1000 had been handed over in compensation from O’Donnell, which the injured party had accepted.

O’Donnell was also banned from driving for four years.