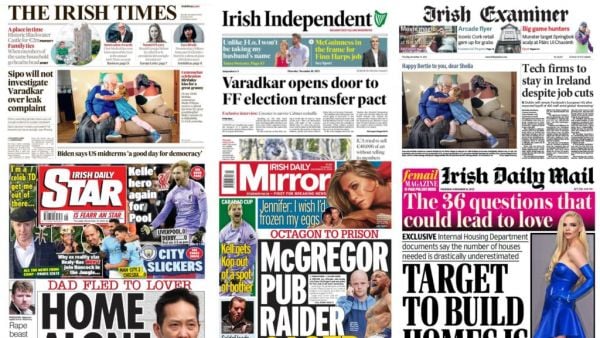 The Irish Times reports that the State’s ethics watchdog will not investigate Tánaiste Leo Varadkar over document leak claims. 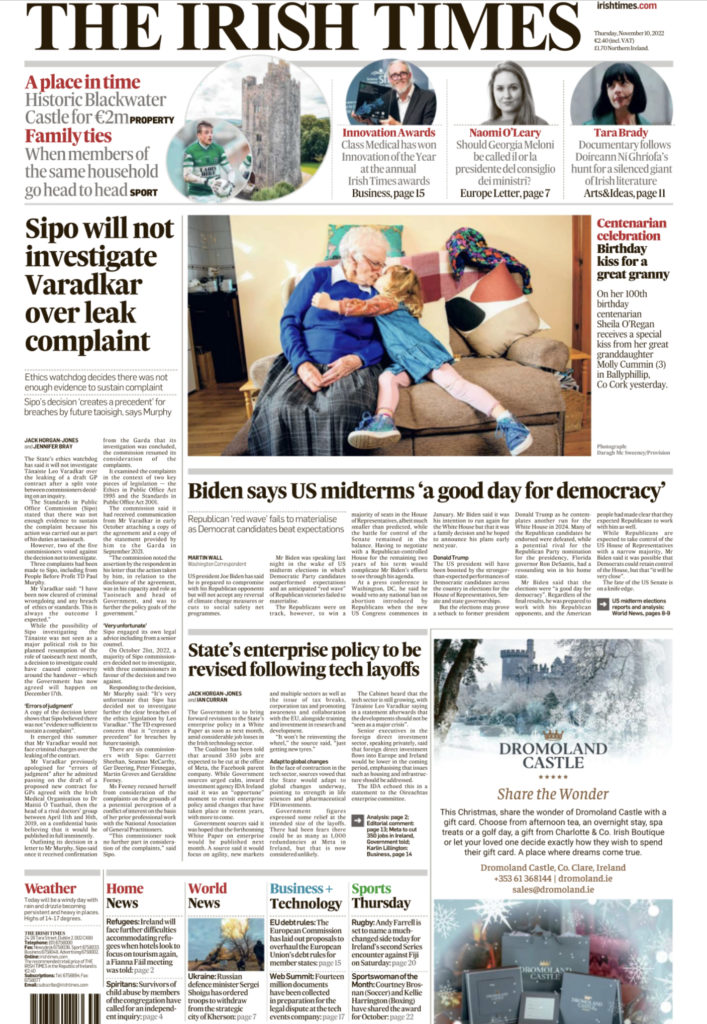 The Irish Examiner covers the expected job losses at Facebook parent company Meta, and says tech giants have assured the Government that they remain committed to their Irish operations. 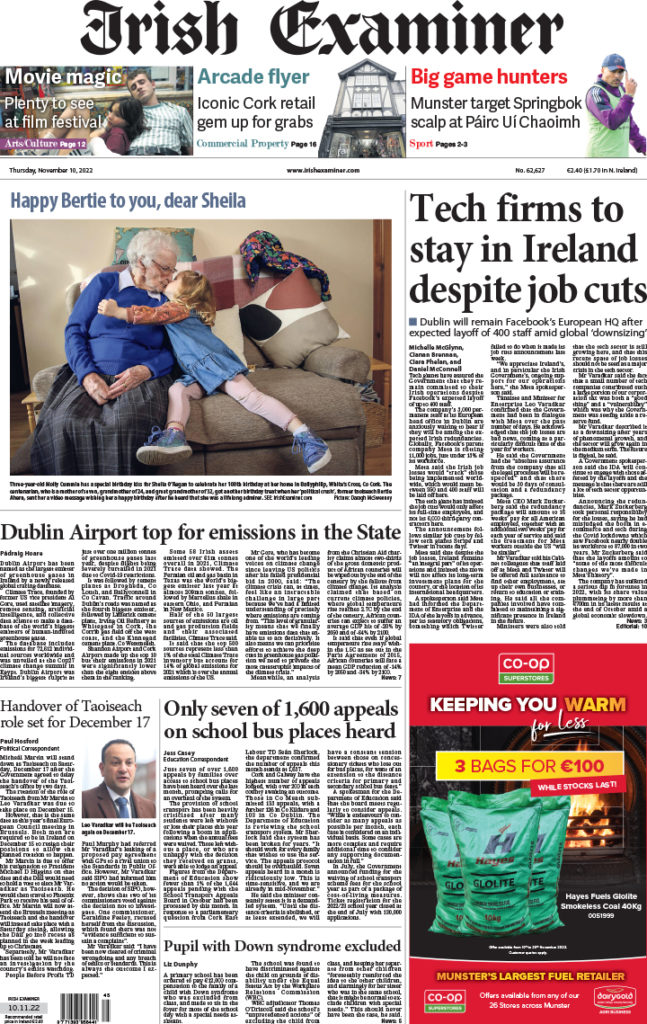 Tánaiste Leo Varadkar has raised the prospect of a transfer pact between Fine Gael and Fianna Fáil in the next general election, the Irish Independent reports. 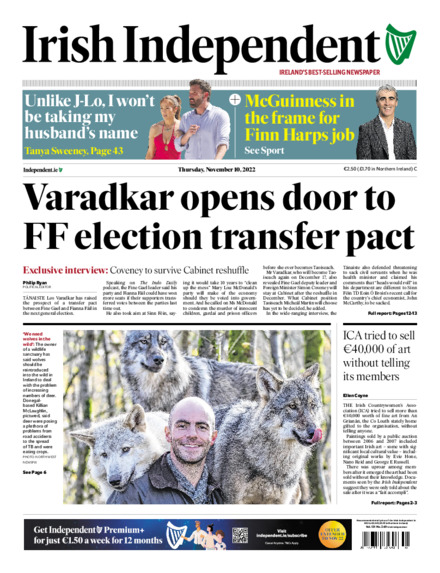 The Irish Daily Mail reveals that the Department of Housing’s “ambitious” targets underestimate the number of new homes needed. 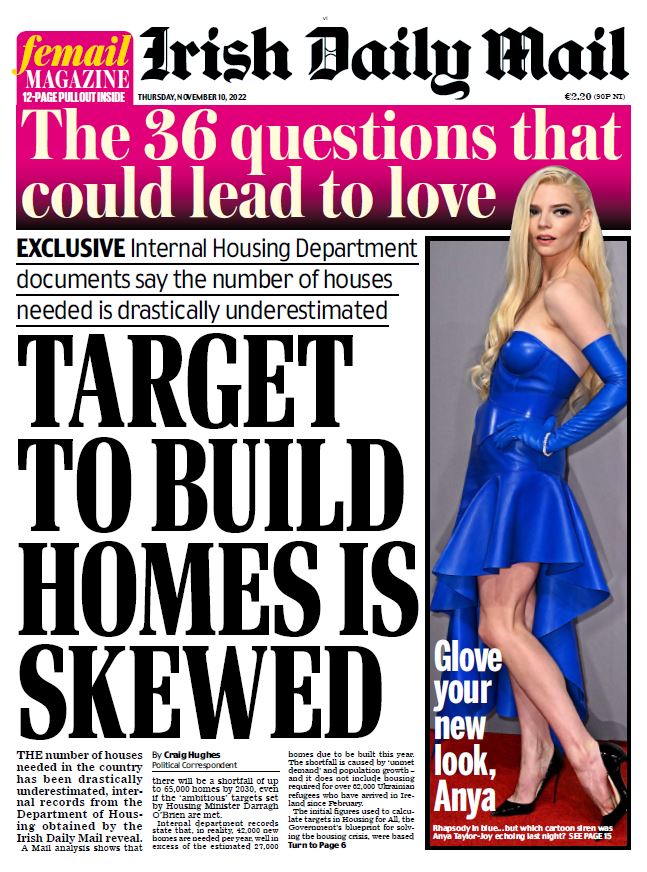 A man who was part of a “haphazard” attempt to rob Conor McGregor’s pub in Drimnagh has been handed a prison sentence of four and a half years, the Irish Daily Mirror reports. 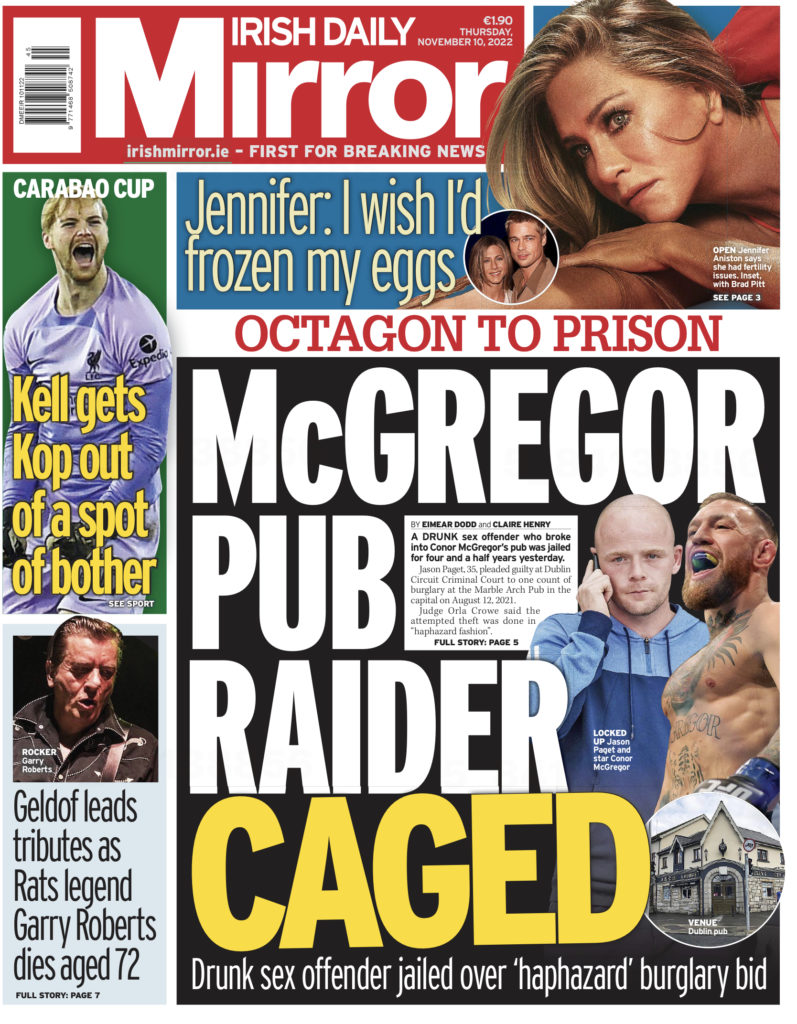 The Irish Daily Star covers the case of a father who abandoned his two school-going children in Ireland to visit a woman he met online in Singapore. 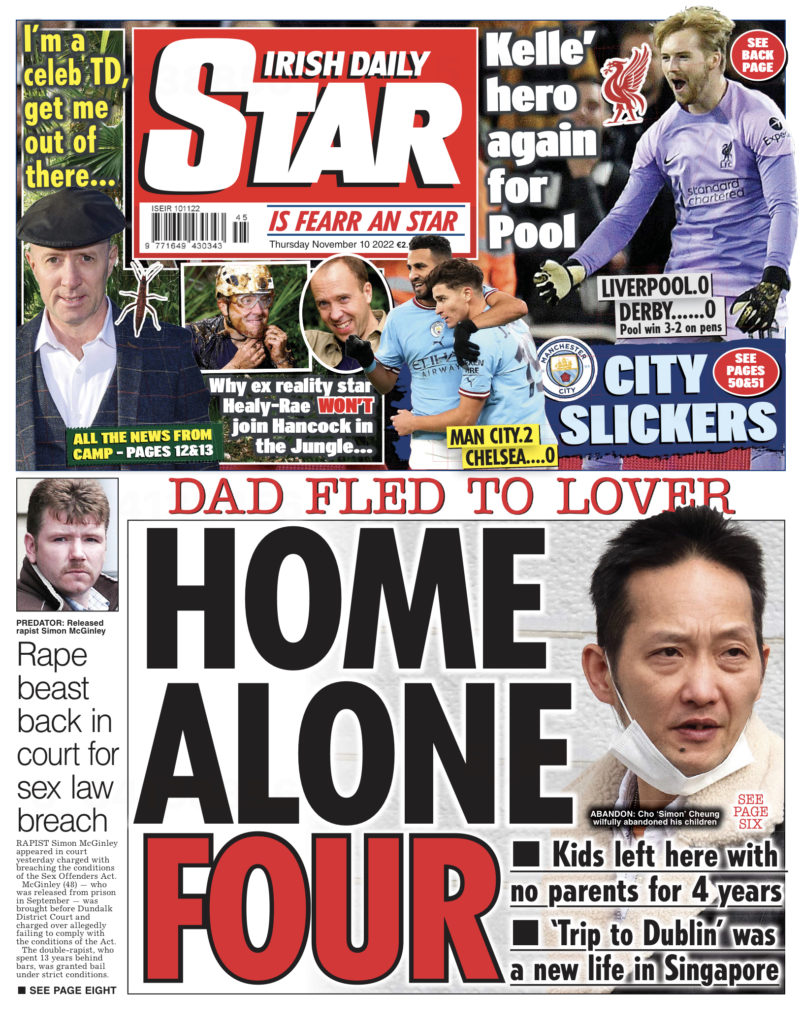 The Belfast Telegraph says the Northern Secretary has “finally” moved to cut politicians’ pay amid the ongoing stalemate at Stormont. 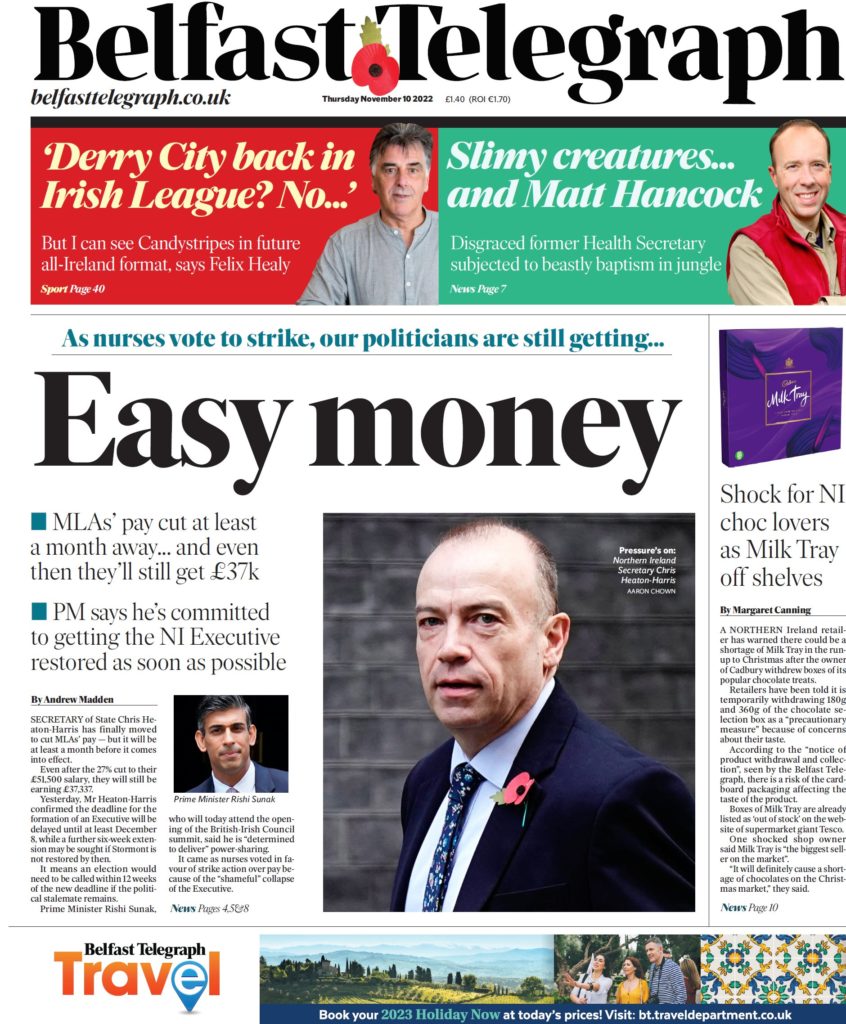 The British front pages splash on nurses voting for their first national strike, America’s midterm elections and Russia ordering its troops to retreat from occupied Kherson.

The Daily Telegraph, The Times and the Daily Star all cover looming industrial action at around half of hospitals which will cause thousands of operations to be cancelled – including for patients with cancer and other deadly diseases.

The i adds that British health secretary Steve Barclay is on a “collision course with striking nurses after claiming their pay demands are ‘out of step’ with the current economic circumstances the UK faces”.

Thursday’s front page: No 10 clashes with nurses over six months of NHS strikes#TomorrowsPapersToday

The Daily Mirror carries the first-hand accounts of two nurses who say they have been forced to survive on patients’ leftovers as they struggle with the spiralling cost of living.

Elsewhere, Metro reports that more people than ever are turning to food banks to survive amid the cost-of-living crisis.

Meanwhile, UK home secretary Suella Braverman has demanded police “step up” and crack down on climate change activists, the Daily Express and the Daily Mail say.

The Financial Times and The Guardian report the Democrats avoided a crushing defeat in the US midterms but still risk losing control of Congress.

Russia has ordered its troops to withdraw from the occupied city of Kherson – signalling a possible major turning point in the Ukraine war, The Independent writes.