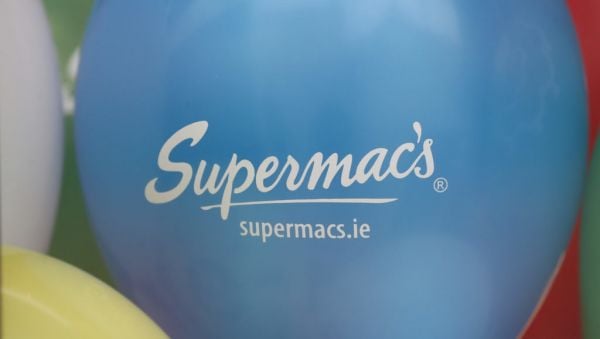 The High Court has refused a former landlord’s request for it to enter judgment against Supermacs for alleged unpaid rents of €135,000 when a receiver was in charge of the property.

Ms Justice Marguerite Bolger said she must be satisfied it is very clear there is no defence before the court can enter a summary judgment.

She considered Supermacs Ireland Limited had “just about done enough” in persuading the court there was merit in the matter proceeding to full hearing.

Supermacs was for many years a tenant of a property on Kilkenny’s High Street which was owned by Richard Duggan, the judge noted.

In February 2020, she said, Mr Duggan fell into arrears in his loan repayments and debt servicer Everyday Finance DAC appointed a receiver over the property. Since then, it is alleged, Supermacs either did not pay rent or partially paid it to the receiver or to Mr Duggan who forwarded the amounts to the receiver, the judge said.

Mr Duggan sold the property in March 2021, with the proceeds going to Everyday Finance in discharge of his liability to them. He was relieved from his security due to a settlement that also allowed him to pursue Supermacs for alleged rent arrears that had accumulated since the appointment of the receiver.

Supermacs was not a party to the settlement, the judge noted.

Mr Duggan argued that the appointment of the receiver did not alter Supermacs’s liability to pay rent. He also submitted he was entitled to recover money due to him for that period.

Supermacs disputes the debt and challenged Mr Duggan’s standing. The chain claimed the receiver’s failure to recover any rent due is a matter solely between Supermacs and the receiver.

Further, the defendant said Mr Duggan extinguished any legal entitlement to claim arrears when he sold the property. Their position could be enhanced as the legal process continued, Supermacs claimed.

In ruling on the application, Ms Justice Bolger said a previous court decision lends credence to Supermacs’ claim that the terms of the deed of discharge, in this case, could improve its defence. The judge considered this point to be “more than mere speculation”, which means the matter should go to plenary hearing.

She noted Supermacs’ identification of shortfalls in Mr Duggan’s proof. These alone would not necessarily require the matter to proceed to a full trial, but they are relevant when combined with Supermacs’ claims that document disclosures and oral evidence could improve its position.

The judge refused the application for summary judgment.