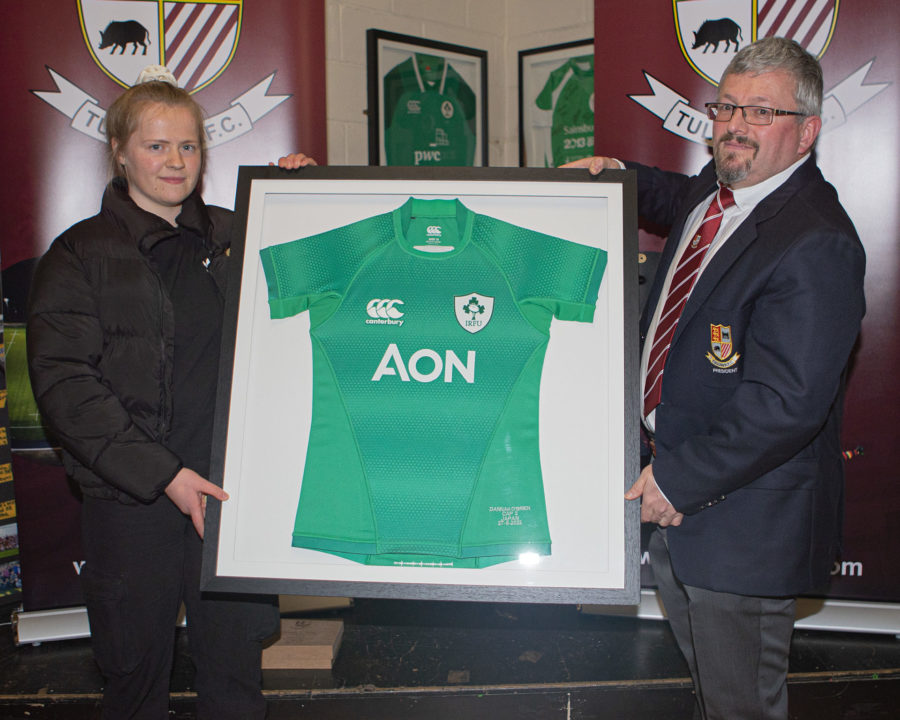 IRISH international rugby player, Dannah O’Brien was the guest of honour at a special function at Tullow Rugby Club on Sunday where she presented the club with the jersey she wore when she won her second cap against Japan in August. The player was, in turn,  presented with a gold watch by the club.

The Tullow event coincided with the announcement during the week from IRFU Performance Director, David Nucifora, that 29 Irish women players had accepted contracts ranging in value from €15,000 to €30,000. Players will also receive additional bonuses for match appearances, wins and tournament fees.

Dannah said she knew the story  about players receiving a contract had been imminent but, despite having won two caps over the summer,  she was not taking anything for granted that she might be one of them.

“It was in the media for a while leading up to it. I was never guaranteed I was going to get one but I am absolutely delighted that I could accept one. It is a real stepping stone for women’s rugby,” the DCU student said.

“It is ideal for the likes of me as a college student to be able to try and find a balance between college and rugby. It is going to be brilliant for my development,” she stated.

The newly assembled squad will train in the High Performance Unit in Abbotstown on  Mondays, Tuesdays, Thursdays and Fridays.

“We have club training Tuesday and Thursdays too so it is action packed,” said Dannah. “With the studies,  it is a bit of a challenge to strike a balance but I will do my best anyway.”

She was delighted to receive a presentation from the Tullow club.

“It is a lovely gesture. Tullow is where I started and they will always be my home club.”

The Irish out-half is playing with Old Belvedere now and is the leading scorer in the league. The Anglesea Road club is looking for a place in the play-offs later in the season.

“We are in the top-three. We should qualify for the semi-final and possibly a final. I am enjoying it. We are having a good season so far,” she said. 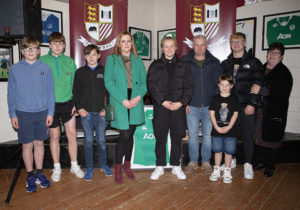