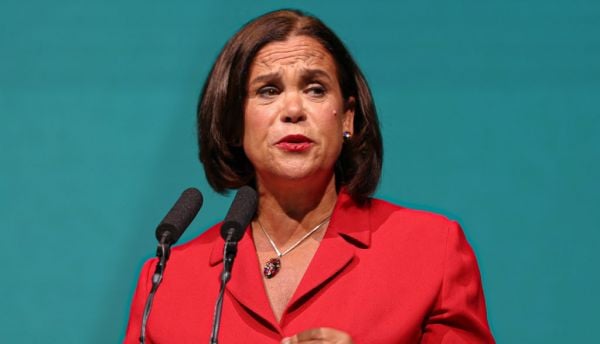 Three Fine Gael politicians have called on Mary Lou McDonald to “hand over” a €1,000 donation from Jonathan Dowdall, who has been jailed for four years for facilitating the 2016 murder of David Byrne at the Regency Hotel.

The two TDs and councillor have said that the funds should be put towards initiatives to prevent crime.

It comes after Ms McDonald said there was “absolutely no comparison” between killings carried out during the Troubles and the “gangland crime epidemic”.

Tánaiste and Fine Gael leader, Leo Varadkar, said any future taoiseach should be clear that atrocities committed during The Troubles were crimes.

“I don’t think we can have a taoiseach in this country who is unable to say that the killing of innocent children, guards, prison officers, members of Defence Forces, is not a crime.

“If she wants to say it was a war and they were war crimes, fair enough, but she has to be able to say that.”

Speaking to reporters about the donation last month, Sinn Féin TD Eoin O Broin said that the party “should do more” than donate the €1000 to charity, in what he said would be a “tokenistic” gesture.

“The donation of [€1000] was made to the Dublin Central Sinn Féin organisation, it was made in accordance with the rules at the time, and my understanding is the money has been spent by the organisation.

“So there’s no question of a refund.

“I think we should do more than that, I think we should continue to represent our constituents who, very often, are at the receiving end of organised crime and a lack of proper investment.”

He added: “The suggestion of a €1000 donation to charity, it would be tokenistic.”