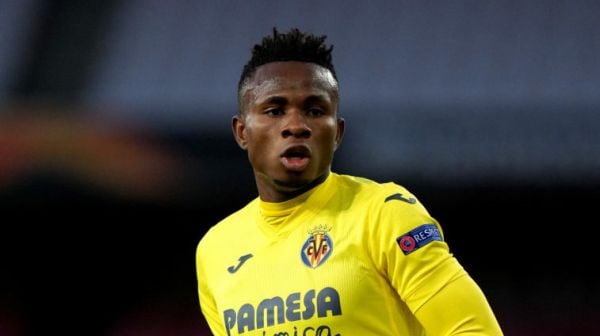 Arsenal are believed to be gearing up for a move for Villarreal winger Samuel Chukwueze. The Sun says the 23-year-old is viewed as a perfect option to boost the Gunners’ attacking prowess, with a January move circled internally. They will likely have competition for Chukwueze however, with Atletico Madrid and West Ham also rumoured to be following him closely.

Staying with Arsenal, the Daily Mirror reports Chukwueze is unlikely to be the club’s only January pursuit. Manager Mikel Arteta is believed to be desperate to bolster his ranks as soon as possible as the Gunners prepare to mount a charge at the Premier League title.

Cristiano Ronaldo ‘told pal he could see himself playing for PSG’https://t.co/QPVrtLD3lC

Hector Bellerin: Roma are focused on pursuing the Barcelona defender, according to Calciomercato.