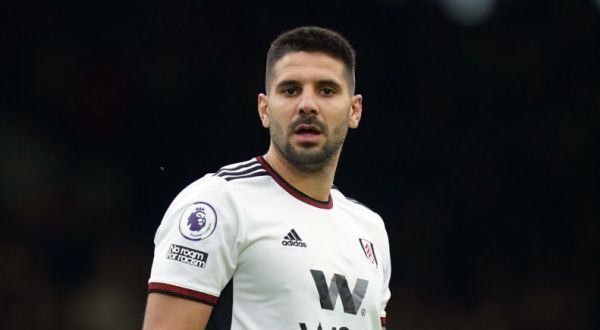 Fulham striker Aleksandar Mitrovic could face a race against time to be fit for the start of the World Cup.

The Serbian is set to miss out again because of a foot problem when Fulham host Manchester United on Sunday in the last Premier League match before the players jet off to Qatar.

Reports in Serbia, meanwhile, suggest Mitrovic, scorer of nine league goals this season, has been playing on despite two broken bones in his foot since suffering the initial injury while on international duty during September.

With Serbia opening their World Cup campaign against Brazil on November 24, Mitrovic’s likely recovery may leave him short of fitness, but the 28-year-old could still feature later in the group stage for matches with Cameroon and Switzerland.

Defenders Tim Ream and Antonee Robinson will be in Qatar with the United States, who could come up against Wales duo Harry Wilson and Daniel James as well as England in Group B.

Fulham manager Marco Silva said at a press conference: “Every time our players play for their national teams, we have to be proud of them.

Forward Bobby De Cordova-Reid, though, will be available again following his own ban.

“Mitrovic will not play on Sunday,” Silva said. “It will be more or less the same players who are available.

“We have two players who have had a fifth yellow card, so we will make some changes, like we did against (Manchester) City last week.”

The Cottagers continue to exceed expectations on their return to the Premier League.

United have also been in good form, recovering from the Premier League defeat by Aston Villa with victory over Unai Emery’s side in the Carabao Cup on Thursday night to book their place in the fourth round.

“If they are at their best level, they are a really tough team to play against and that is what we will prepare for.”