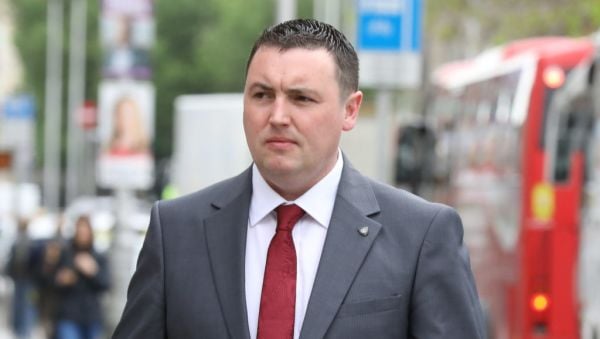 The Court of Appeal (CoA) has rejected an appeal by Garda Keith Harrison over being refused most of his costs of appearing before the Disclosures Tribunal investigating claims by Garda whistleblowers.

In 2017 and 2018, the tribunal rejected allegations by Donegal-based Garda Harrison and his partner Marissa Simms.

The allegations included that Ms Simms was compelled by gardaí to make a statement against Garda Harrison which led to a Tusla referral and that Garda Harrison was the victim of a five-year intimidation campaign after arresting a fellow officer for drink-driving in 2009.

A subsequent application by Garda Harrison for his legal representation costs was also rejected by the tribunal chairman Mr Justice Peter Charleton. He was however entitled his costs incurred upto and including the opening day of the tribunal hearings.

He brought a High Court challenge against the tribunal chairman over that costs decision which was rejected in February last year.

He appealed that decision on 34 separate grounds.

The CoA found, among other things, that Garda Harrison’s submission that the High Court fell into error drawing inferences from the tribunal report must be rejected.

The CoA found no error in the High Court finding that Garda Harrison never “fell on his sword” by withdrawing his “baseless allegations which he knew to be untrue but, instead, gave answers which involved deceit”. The High Court said he was also found by the tribunal to have “demonstrated a determination to persist with damaging and hurtful allegations knowing these to be untrue.”

Once the tribunal chairman made the findings he did as regards the conduct of Garda Harrison, it was obviously within the discretion of the tribunal, in making the costs decision, to take into account the fact that the allegations were not withdrawn and had thereby significantly prolonged that part of the tribunal’s work., the CoA said.

There was no want of fair procedures on the part of the tribunal chairman in the process leading to the costs decision, the appeal court said.

It also rejected his claim that he was treated unequally (on costs) compared to other witnesses who appeared before the tribunal.

The High Court was also correct in finding against Garda Harrison in relation to his claim that he could not be penalised through a costs order as he had made a protected disclosure.

Garda Harrison’s argument on this point was “fanciful, to put it at its mildest, and it is somewhat surprising that it was repeated on appeal”, the CoA said.