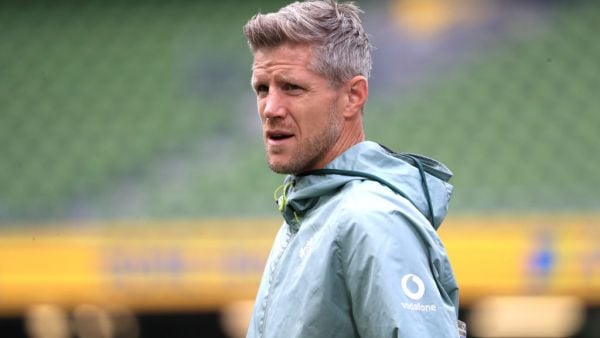 New Zealander Cotter claimed the Irish will view Saturday’s Test match as a “training session” and will be “barely looking at” their opponents due to being preoccupied by greater challenges against more-illustrious nations.

The Flying Fijians’ visit to Dublin comes seven days after Ireland toppled the Springboks, with the Wallabies due at the Aviva Stadium next weekend.

“We’re showing as much respect to this Fijian side as we would to any team. It’s about our performance and how good we can be on the weekend.

“But we’ve certainly invested plenty of time into understanding the threats they’ll pose, the opportunities that might present themselves if we play a certain way.

“We can only look after what we do and believe me we’ve worked hard on making sure that these guys are prepped in the right way, as they would be for any international.”

Ireland, who are without a host of star names due to injury, have made nine personnel changes to the team which began against the world champions.

Although Joey Carbery will begin in the role against Fiji in the absence of the sidelined Sexton, Easterby believes 22-year-old Crowley, who impressed during the Emerging Ireland tour of South Africa, fully merits an opportunity, despite limited outings at provincial level.

“With Jack, he’s found a way to make us stand up and go, ‘wow, this guy’s got something’,” said Easterby.

“He is hungry for understanding and learning and getting better each day.

“He’s sort of found his way into the group in a slightly different way having had limited game time at 10 for Munster this year but he has a lot of strong attributes and things that we as coaches and his peers have been really impressed with.”