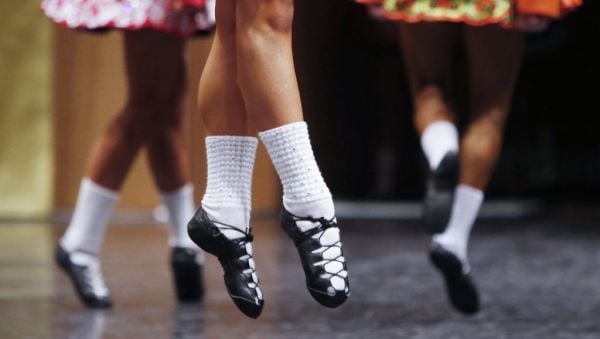 An Irish dancing judge and teacher was suspended for three years and fined by the regulatory body over comments posted about another judge on his social media by another person, the High Court has heard.

The claim has been made by Glasgow-based Irish dancing teacher and judge Adrian Stewart who says that he was suspended last year by An Coimisiun Le Rinci Gaelacha (CLRG) arising out of a complaint made against him in 2019.

He claims that the comments appeared on his social media page about another Irish dancing judge at a World Irish Dancing Championship Qualifying tournament in Glasgow where he was also an adjudicator.

He said that concerns were raised to him by parents of the dancers about the other judge, who it was alleged was not paying proper attention to the competitors.
Mr Stewart said that he defended the judge in question. He claims that later that day he discovered posts on his Facebook page, purportedly made by him, criticising the other judge’s behaviour.

He claims that he quickly deleted the posts, which he says were on-line for 2 to 3 minutes and did not reflect his opinion. He claims that the comments were posted on his Facebook page by a woman.

The other judge who was the subject of the comments made a formal complaint to the CLRG and the applicant underwent an investigation and then a disciplinary process which were conducted by committees of the CLRG.

He said the woman furnished a sworn statement to the CLRG admitting that she made the posts on Mr Stewart’s Facebook page, and that he had defended the other judge.

The CLRG’s Disciplinary Committee, in July 2021, issued him with a written warning.

However, that finding was appealed by the CLRG’s investigatory committee to the CLRG’s Appeals Committee. It decided to suspend Mr Stewart’s registration with the CLRG for a period of three years and fined him €1,000. In order to teach Irish dancing or judge at any events accreditation is required from the CLRG.

He claims that the appeals process was flawed, should never have been permitted and that the Appeals Committee’s findings should be quashed.

Information that was put before that Committee was inaccurate, Mr Stewart also claims.

Mr Stewart also claims that some of the persons on the CLRG’s Appeals Committee that considered the complaint were allegedly persons who had made complaints about him in 2016.

In High Court proceedings against the CLRG he claims that the suspension is unlawful and seeks orders including an injunction quashing his suspension and the fine.

He has sought to appeal the Appeals Committee decision but has not been allowed to do so by the defendant. He claims his suspension and fine will damage his reputation and his family business.

He says that earlier this year his suspension was announced at a meeting of the CLRG and on one occasion he was asked to leave a Feis that he was not adjudicating at.

Represented by Michael O’Doherty Bl, Mr Stewart is also seeking various declarations from the court including an order directing the defendant organisation announce at its next meeting that his suspension and fine have been lifted.

He also seeks a declaration that the investigatory committee acted outside of its powers by appealing the Disciplinary Committee’s decision that a written warning was merited.

He further seeks declarations that the Appeals Committee that imposed the suspension broke its own procedures in the manner in which it conducted the appeal, and that Mr Stewart’s actions which were the subject of the disciplinary hearings did not breach the CLRG’s Code of Conduct or Social Media Guidelines.

The matter was briefly mentioned before Ms Justice Siobhan Stack on Friday.

The judge, on an ex-parte basis, said she was satisfied to grant Mr Stewart permission to serve short notice of the injunction proceedings on the CLRG.

The matter will return before the court later this month.