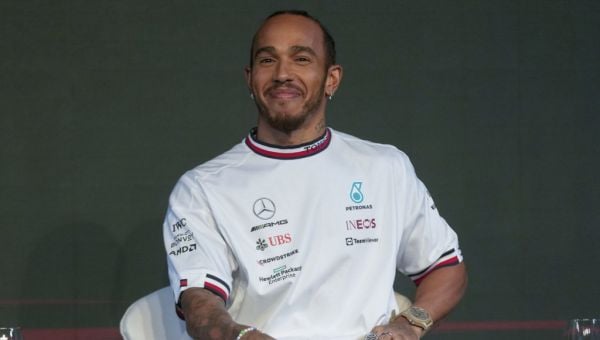 Lewis Hamilton is determined to haul Mercedes above Ferrari in the constructors’ championship to help 1,200 team employees battle the UK’s cost-of-living crisis.

However, Mercedes staff at the team’s headquarters in Brackley, Northamptonshire, will land a substantially bigger end-of-year bonus if Hamilton and team-mate George Russell can take the runners-up slot.

Two rounds to go. P2 in the Constructors’ still in sight.

Due to the nature of Formula One’s rules, Hamilton’s team would lose five per cent of wind tunnel testing time – required to develop their car – if they usurp Ferrari.

But speaking in Interlagos, the seven-time world champion said: “I know how important finishing second is for the team, and everyone back at the factory, in terms of bonuses, especially at a time when energy prices have gone through the roof and living costs in the UK have sky rocketed.

“I can see how impactful and important that is for them, but also how hard we have had to dig to catch up. I know it would be an amazing feeling.

“If I am being realistic, Ferrari have an amazing car – I don’t know what happened last weekend in Mexico – but it is most likely they will be back at the front here.

“So, it will be no easy feat to beat them. But if we did, it would be an amazing comeback and it also creates that narrative of sending them into the winter knowing that we mean business.”

Earlier this week, Hamilton become an honorary citizen of Brazil. The 37-year-old claimed his first world championship here in 2008, and drove the race of his life last season to fight back through the field and beat Verstappen to win in Interlagos for a third time.

However, a year on from that remarkable performance, Hamilton is without a victory in 2022, and is facing the likelihood of losing his unique record of winning a race in each season he has contested.

But the British driver, fifth in the standings and 15 points behind Russell, continued: “To me, we are winners this year.

Lewis reflects on being made an honorary citizen of Brazil 🏅🇧🇷#BrazilGP #F1 pic.twitter.com/Qgdn59RAfh

“In terms of the numbers, that is not how it will be seen on the outside. But I feel everyone in the team is a winner.

“They have dug so deep, they have given everything, nobody has given up, and everyone has overcome whatever emotions they had about not being front-runners.

“Through the year we have had so many experiences where it felt like I won, getting a fifth place, a fourth, or getting on the podium.

“There have been so many scenarios like that where the journey has been the most important part. And for me that is more powerful than winning every single race.”