Only 18% of people who experience adult abuse report it, survey shows 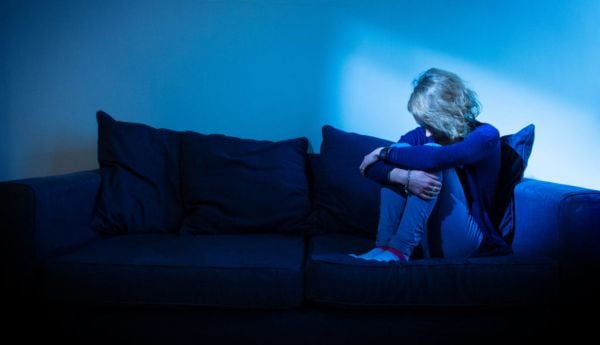 Only 18 per cent of people who experience adult abuse report it to gardaí or the HSE, new research shows.

Almost half of adults (44 per cent) said they had personally had experience of abuse, according to the RED C poll published on Friday.

Of those who had experienced abuse, four in 10 said they did nothing at all about it. The reason cited by half of these people for not taking action about it was that they did not know what to do.

Just 9 per cent of people reported it to gardaí and 9 per cent discussed it with a health and social care professional.

The survey of 1,000 adults also found some 66 per cent of people know someone who has been abused.

Emotional abuse was the most common type of abuse people experienced at 32 per cent, followed by psychological, including coercive control (19 per cent), physical (14 per cent), sexual (11 per cent), financial (9 per cent) and cyber/online (7 per cent).

The research has been published to coincide with Adult Safeguarding Day, a nationwide initiative, coordinated by Safeguarding Ireland and supported by the HSE, to raise better understanding and prevention of adult abuse.

“For an ongoing concern, there are nine HSE safeguarding teams across the country who are available to support people and families to address difficult circumstances and ensure that people’s safety, welfare and rights are upheld,” she said.

The RED C research also found that of the 66 per cent of people who knew someone who had experienced abuse, half of respondents said they took action by discussing it with the person.

Only 4 per cent reported the person’s issue to gardaí and 4 per cent discussed it with a health and social care professional.

The survey found that women were substantially more likely than men to have experienced emotional, psychological, physical and sexual abuse.

He said they are there to listen and to help tease out concerns, to give advice and to provide support to address difficult circumstances.

Minister of State at the Department of Justice, James Browne, welcomed the drive to encourage more people to take action against adult abuse.

“Safeguarding Ireland’s mission to promote the rights of vulnerable adults and ensure their protection from all forms of abuse is incredibly important,” he said.

New laws on decision-making expected to come into effect in early 2023 (the Assisted Decision-Making Capacity Act) will place a greater responsibility on organisations to support the decision-making of adults who may be frail, have a physical or intellectual disability, or after a serious accident.

Ms Rickard-Clarke said an important element of preventing abuse is for all adults – as much as possible – to make their own care, health, lifestyle, financial and accommodation decisions, and to receive appropriate support to do so if needed.

“There was clear public misunderstanding in the RED C survey that family or loved ones should step in and take over decision-making for someone if they face challenges in doing so,” she said.

“However, this is not the case, a next-of-kin has no legal authority.

“To prevent adult abuse a person should continue to make their own decisions and be supported to do so, until they have been formally assessed to no longer have capacity.

“Furthermore, we should all plan ahead for the future by putting in place an Enduring Power of Attorney and advance healthcare plan to ensure that our wishes are documented and will be respected.”