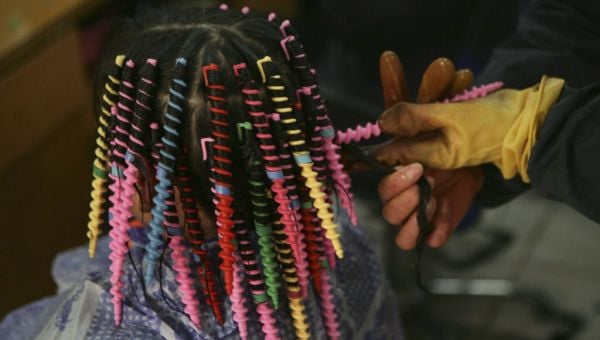 A search had begun Friday afternoon for Leo Liang, the owner of a hair and beauty salon which, the Circuit Civil Court heard, had left a Dublin woman with “blowtorch-like” wounds to her head and neck.

Audrey Currivan, of Bernard Curtis Apartments, Bluebell, Dublin 12, was awarded €30,000 and costs against him by Judge Terence O’Sullivan for personal injuries for chemical burns arising from a hair perm that went badly wrong.

Ms Currivan told her barrister Conor Kearney that one of Liang’s hairdressers had applied a chemical to her hair which started to burn her. The pain was unbearable and after five minutes the solution had been rinsed out.

Mr Kearney, who appeared with Blake Horrigan Solicitors, told Judge O’Sullivan that Liang had since closed down his Halo Hair and Beauty Salon at Emmett Road, Inchicore, Dublin, and had not responded in any way to Ms Currivan’s court proceedings.

He said that in the absence of a legal appearance document in the case judgment had been obtained against Liang personally and his company with directions that a judge assess damages in the case.

Ms Currivan said she had gone to Liang’s salon to get a perm and a lotion was applied into her hair. The treatment had resulted in severe burns to her scalp and particularly to the back of her neck.

“It’s as if a blow torch is being applied to the back of my neck,” Currivan told Dr Darragh Shields of the emergency department at St James’s Hospital, Dublin, where she had been treated on several occasions.

She told doctors who treated her: “I returned to the hairdressers to get a refund of the €80 I had paid but they refused to refund me anything.”

Ms Currivan said she had received the perm treatment on March 1st 2019 and after blisters rose on the back of her neck, ears and forehead hairline she had gone to her GP who referred her to St James’s Hospital.

She told Judge O’Sullivan the main burns were to the back of her neck, ears and forehead. They were very painful and described the pain like a blowtorch. Afterwards her scalp was extremely painful and itchy and her hair fell out in lumps.

“This was the first time I had a hair perm with this hairdresser and no sensitivity test patch was applied. I still have problems with my hair and now use a medicated shampoo prescribed by my doctor with regular conditioner,” Ms Currivan said.

“The back of my neck was very painful particularly under a hot shower,” she added. Judge O’Sullivan awarded her €30,000 damages together with measured costs of €7,500.

Chris Horrigan, who dealt with the case for his company in court, said afterwards that a search would now begin to contact Mr Liang and seek payment of the award and costs for Ms Currivan.