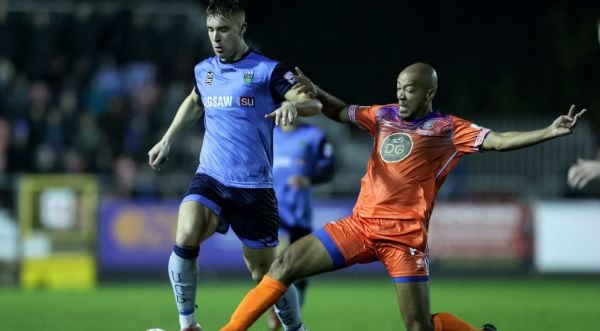 A first-half goal from Tom Lonergan was the difference — the Students prevailed 1-0 in the clash at Richmond Park in Inchicore.

What a delivery by Alex Nolan 🙌📭

A dramatic finish saw Waterford awarded a penalty in the 93rd minute of the match, giving The Blues a lifeline — but Junior Quitirna failed to hit the target, firing over from the spot.

Drama in the dying seconds of the Promotion/Relegation Play-Off Final! 🤯