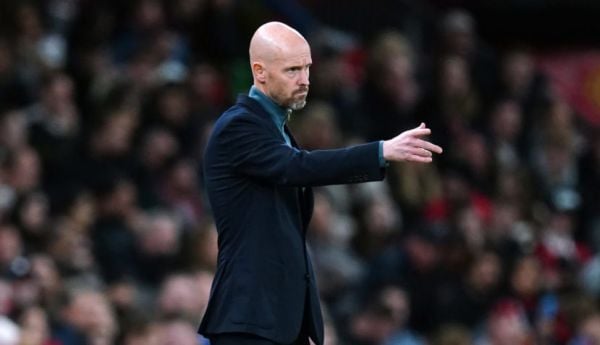 Erik ten Hag says the impending World Cup cannot be a distraction and underlined the need for Manchester United’s players to do everything in their power to beat energetic Fulham.

Sunday’s trip to Craven Cottage is the final Premier League fixture before the season is paused for six weeks and attention turns to the quest for glory in Qatar.

United enter the final weekend before the break fifth in the standings and looking to cap a promising start to life under summer appointment Ten Hag by defeating surprise package Fulham.

The Red Devils lost their last Premier League outing 3-1 at Aston Villa but bounced back to beat the same opponents 4-2 at Old Trafford in the Carabao Cup on Thursday.

“I think the players are all aware of the importance of the game against Fulham. I will not take the World Cup in regard,” United boss Ten Hag said.

“That is going to be a really tough game (this weekend). I think in the Premier League everything is very close, and what I have seen from Fulham so far is really energetic.

“They also play really decent football out from the back – I remember the game against Liverpool at the start of the season – so you have to be really good there to get a result.

“We have to do everything in our power to get the right result – that is what we’re preparing now.”

Cristiano Ronaldo and Antony will be assessed ahead of the trip to the capital after illness and injury respectively.

Jadon Sancho has also been absent recently through illness and Raphael Varane is not expected to be involved due to a thigh injury that has not been severe enough to rule him out of France’s World Cup squad.

The 29-year-old’s absence increases the chances of United captain Harry Maguire getting more minutes under his belt before heading to the Gulf with England.

Delighted to be named in another @FIFAWorldCup squad. Love putting that @England shirt on, always a massive honour. We’ll be looking to go one better than the last tournament. 🏴󠁧󠁢󠁥󠁮󠁧󠁿🦁🏆 #ThreeLions #WorldCup pic.twitter.com/xbFXZ8apXG

The centre-back started Ten Hag’s first two matches but a mixture of poor form and injury means he has only made seven club appearances since.

“I think that he is ready,” the United boss said of Maguire’s level as the World Cup approaches.

“I see him every day at training, I see his games. He came back from injury, but he is ready to perform on the highest level.”

United’s main headache at Craven Cottage looks to be at right-back given markedly improved Diogo Dalot is suspended.

The 23-year-old has been an ever-present this season, with back-ups Brandon Williams and Aaron Wan-Bissaka unable to lighten the load.

“Brandon had a bad injury, and really struggled but he is in the right direction,” Ten Hag said.

“He is in a good way, he is back on the pitch and he will return to team training next week.

“He will go with us to the (winter) training camp in Cadiz, he will be available for the team so happy for him.

“Aaron Wan-Bissaka, he struggled as well, but in a different side.

“Some injuries, some illnesses, so he was also often not available, but he doesn’t have a real big problem. It’s about him (getting) really fit and to make competition with Diogo for the second half of the season.”