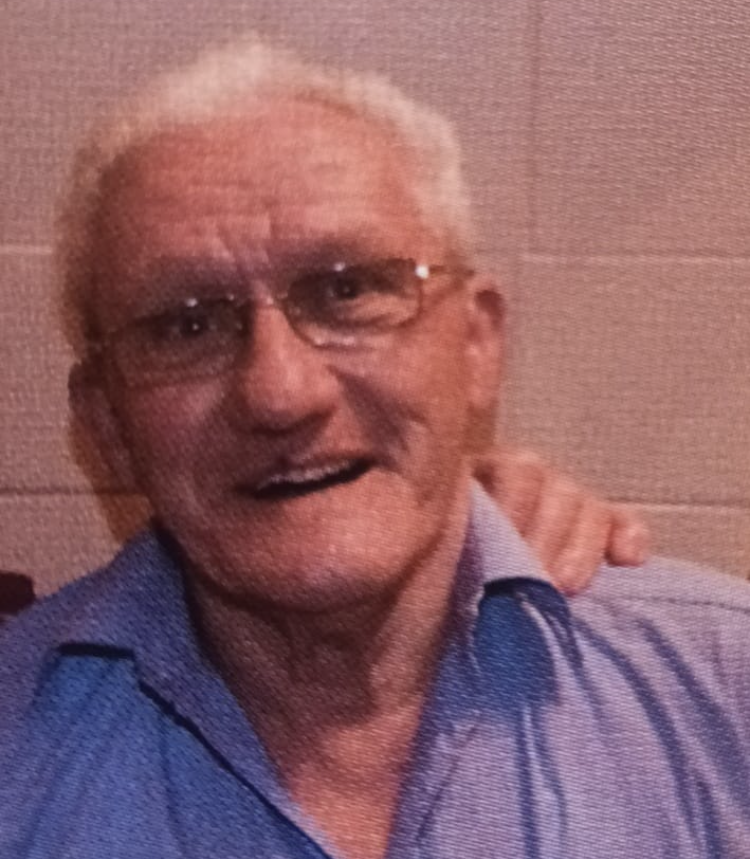 Tom, who celebrated his 92nd birthday on 22 September, passed away surrounded by his loving family following a brief illness courageously fought.

He was born in St Mary’s Park, Carlow in 1930, son of the late Thomas and Margaret Mulhall. He was predeceased by his sister Annie and is survived by his brothers Johnny and Jim.

Tom’s first job was in Governey’s Boot Factory, where he met his wife-to-be Mary Dowling from St Fiacc’s Terrace. It was the start of a very long and loving relationship. The couple had been happily married for 69 years.

He was a loving and devoted husband, who adored wife Mary. While the Mulhalls had no children of their own, they were deeply devoted to their nephews and nieces, treating them as their own. Tom brought his nephews and nieces for walks, cycles and would take them swimming in the River Burrin.

After the closure of the boot factory, Tom obtained employment at Carlow sugar factory, where he was very popular with his work colleagues. He was employed at the Athy Road sugar processing plant for the remainder of his working life.

Tom Mulhall was a fine Gaelic footballer, starting out with The O’Hanrahan’s before throwing in his lot with Éire Óg, following the formation of the club in 1956.

He played at right-half-back for the YIs, winning a county junior football medal with the club in 1958, the first of many adult championships and leagues won by the wearers of the red and white.

Although small of stature, Tom was a very clever player with great pace and intelligent use of the ball. He was very dependable and his opposite number rarely got the better of him.

Tom had nailed down the No 5 jersey by the time Éire Óg contested their first county senior football final in 1960 against defending champions Tullow. Éire Óg won the decider by 0-15 to 1-3. The then newcomers to the county’s SFC roll of honour have gone on to become the dominant force in Carlow football with 30 senior championship titles.

Tom, a great clubman, won a second Carlow SFC medal in 1962, when Éire Óg gained their revenge for their dethroning by The Blues in the 1961 county final.

He retired from the game he loved in the mid-1960s. But he was not forgotten by the Teach Asca club as, in 2011, some 51 years after that maiden championship win, he was the recipient of Éire Og’s Hall of Fame Award – a well-earned accolade for this talented and sporting wing back.

Retirement did not change Tom Mulhall’s love for Gaelic games. He cycled on occasions to venues such as O’Moore Park, Portlaoise, Geraldine Park, Athy and Nowlan Park, Kilkenny. He was one of a group of GAA men from Carlow town who made those cycling expeditions.

A man of quiet disposition, Tom was also often to be seen riding his bicycle around the town.

Tom was an animal lover and when he would go walking the Cannery Road, accompanied by wife Mary, they would always have a dog in tow.

He was a man of regular habits – Tom smoked a cigar every day and also had a daily flutter on the horses. It was his custom to bet on the first three favourites of the day. Up to the time he was admitted to St Luke’s Hospital, three weeks before his death, he drank three cans of Guinness every day – two after his dinner and one in the evening.

He was a kind, humble and loving neighbour, held in the highest regard by the people of St Fiacc’s Terrace.

Each year, Tom and Mary holidayed at O’Shea’s Hotel, Tramore, where he loved the sea and the scenery.

A spiritual man, Tom was a daily Mass-goer at St Clare’s Church, Graiguecullen for many years.

He reposed in Carpenter’s Funeral Home, Graiguecullen on Friday 21 October, when prayers were led by Fr John Dunphy, PP, Graiguecullen-Killeshin.

The funeral Mass for Tom Mulhall was celebrated on Saturday afternoon at St Clare’s Church, Graiguecullen, with Fr Dunphy as celebrant. During Mass, Fr John referred to the many fine qualities Tom Mulhall brought to his long and productive life.

Two of the Nolan sisters from Graiguecullen sang the hymns during Mass.

Following Mass, he was laid to rest in the Mulhall plot at St Mary’s Cemetery, Carlow, with Fr John reciting the final prayers at the graveside.

Members of Éire Óg formed a guard of honour from the church to St Mary’s.

The Mulhall family has extended thanks to all who have offered their sympathy since Tom’s passing, also thanking Fr Dunphy, funeral director Marc Carpenter and his staff, as well as the Nolan sisters.