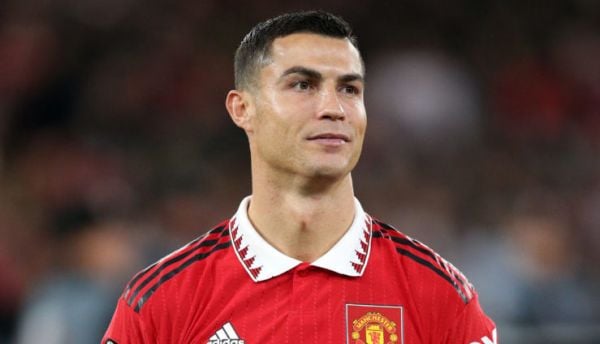 Cristiano Ronaldo is back in the headlines after a bombshell interview in which he said he feels “betrayed” by Manchester United and does not respect manager Erik ten Hag.

Here, the PA news agency looks at some of the 37-year-old Portuguese’s highs and lows since he returned to United in the summer of 2021.

Having left Juventus to rejoin United on August 31st last year, Ronaldo made his second debut 11 days later and in some style, notching a brace as Ole Gunnar Solskjaer’s side beat Newcastle 4-1 at home.

Later that month, on the night he surpassed Iker Casillas as the Champions League’s all-time appearance-maker, Ronaldo netted a stoppage-time winner to secure a 2-1 home victory against Valencia. It was among five goals he scored in United’s group matches, which also included late efforts in a 3-2 win and 2-2 draw with Atalanta.

A brace for the forward against Arsenal in December, helping United to a 3-2 victory in their final game before Ralf Rangnick started work as interim boss, saw Ronaldo reach 800 career goals.

Ronaldo reacted angrily after being substituted by Rangnick with 20 minutes left during a 3-1 win at Brentford in January, hurling his coat to the floor as he sat down. That was game two in a sequence of 10 appearances in all competitions in which he only scored one goal.

Ronaldo was United’s match-winner once again in March, firing a hat-trick as Tottenham were defeated 3-2 at Old Trafford.

He went on to score another treble, against Norwich, in April and also netted in each of the next three games to finish the season with 18 Premier League goals. That put him third in the Golden Boot standings – United finished sixth in the final league table.

Amid speculation over whether he would be departing United during the summer, Ronaldo and other players left a friendly against Rayo Vallecano before full-time, something new boss Ten Hag labelled “unacceptable”.

Ten Hag’s United reign got off to a poor start, with a 2-1 home loss to Brighton being followed by a 4-0 thrashing at Brentford. Ronaldo played the full duration of the second match, what proved his only Premier League start until mid-October.

A penalty in a 2-0 win at Sheriff Tiraspol in September was Ronaldo’s first goal of the season, and his first ever in the Europa League.

Ronaldo came off the bench and scored the 700th club goal of his career to clinch a 2-1 win for United at Everton on October 9.

Ronaldo returned to the starting line-up in the league for the 0-0 draw with Newcastle – and looked annoyed when substituted in the second half.

Three days later, having been demoted to the bench and not been brought on, he made his way down the tunnel before the clock struck 90 in the 2-0 win over Spurs. Ten Hag said he would “deal with that” and the club later confirmed he would not feature in the subsequent match at Chelsea.

In an interview with Piers Morgan, Ronaldo claimed he has been “betrayed” by United and believes Ten Hag and others want him out of Old Trafford.