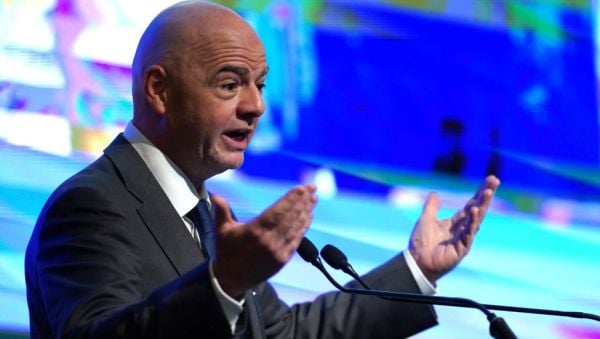 Amnesty International has urged FIFA president Gianni Infantino to break his silence on a compensation scheme for migrant workers in World Cup host country Qatar, saying: “It’s still not too late for FIFA to do the right thing.”

Amnesty and a coalition of other organisations has called on FIFA to set aside $440 million – equivalent to the World Cup prize money fund – towards setting up a centre to support migrant workers and to compensate those who have been injured or the families of those who have died in construction projects in Qatar.

The Guardian reported last year there had been 6,750 deaths of south Asian migrants in Qatar since 2010, with labour rights advocacy group FairSquare Projects saying a “significant proportion” of those migrant workers were only in the country because of the World Cup award.

If you care about fair play, sign our petition to make sure that migrant workers in Qatar receive the compensation they deserve.

Steve Cockburn, Amnesty International’s head of economic and social justice, said Infantino had not responded to a letter from the coalition and added: “Unless he breaks his silence on the issue of compensation, Gianni Infantino looks set to refuse a golden opportunity to leave a World Cup legacy that respects and honours the workers who made it possible.

“He has been presented with reams of evidence about the human consequences of the last 12 years and a concrete proposal to help victims and their families rebuild their lives, so the message from Zurich and Doha cannot simply be to focus on football.”

That was a reference to a letter from Infantino to the 32 competing nations last month, urging them to focus on matters on the pitch and “not allow football to be dragged into every ideological or political battle that exists”.

Cockburn added: “FIFA cannot use the spectacle of the World Cup to dodge its responsibilities.

“It has a clear duty towards the hundreds of thousands of workers who suffered while building the stadiums and infrastructure needed for the tournament.

“A public commitment to a compensation fund – while not undoing the past – would represent a major step forward.

“Time is short but it’s still not too late for FIFA to do the right thing.”

Amnesty said its proposal had received support from more than a dozen football associations – including the English and Welsh FAs – and from World Cup sponsors including Coca-Cola, Adidas, Budweiser and McDonald’s.