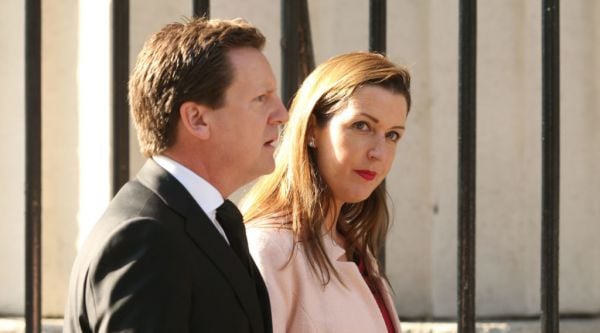 Fellow healthcare activists and friends of the cervical cancer campaigner Vicky Phelan have paid tribute to a “remarkable” woman who influenced healthcare in Ireland.

Ms Phelan died in the early hours of Monday morning at the age of 48.

President Michael D Higgins said that people across Ireland would feel the “deepest sense of sadness” at her loss, while Taoiseach Micheál Martin called her a woman of “extraordinary courage, integrity, warmth and generosity of spirit”.

Ms Phelan’s friend and fellow campaigner Stephen Teap, whose wife Irene died of cervical cancer, said he was broken-hearted to lose his “great friend”, saying another Irish woman had been “taken from us too soon”.

“Five years ago she was told she only had a few months to live, she defied all the odds and through her strength and courage became a national treasure honouring us all with her wisdom, love and great sense of humour.

“We will miss you Vicky, thank you for just being you, rest in peace my good friend.”

It is with a broken heart that we say goodbye to my great friend Vicky Phlean who got her wings today. 5 years ago she was told she only had a few months to live, she defied all the odds and through her strength and courage became a national treasure honouring us all with (1/3) pic.twitter.com/62Z7NWvrvF

Retired Irish broadcaster Charlie Bird, who became close friends with Ms Phelan after announcing that he had been diagnosed with motor neurone disease last year, called her a “remarkable” woman.

“This whole country should be in mourning at the passing of this remarkable human being. My heart is broken. My hero is gone,” he said.

Former Labour leader Alan Kelly paid an emotional tribute to “the most incredible human being”, saying the news of her death was “devastating”.

“I suppose what’s really shocking today is Vicky always fought back and she was always the most resilient person I’ve ever met,” he told RTÉ radio.

“I suppose in your heart of hearts you know the day will come but it’s still a shock because she always rebounded so many times.”

Dr Gabriel Scally, who led the review into Ireland’s cervical cancer screening programme, said she was “a great woman” who had “brought women’s health to the fore”.

“I think, in years to come, she’ll be regarded as having a really seminal influence on healthcare in Ireland and changing it towards a much more patient, sensitive and respectful system.”

The Irish Cancer Society’s chief executive Averil Power said that Ms Phelan had “refused to be silent” and the nation is “truly richer” for the contribution she made to Irish life.

“Today, it is no small understatement to say we are poorer for the loss of Vicky Phelan, but truly richer as a nation for the contribution she so generously made to Irish life,” Ms Power said.

“Vicky refused to be silent in the face of great personal challenge and the issues she brought to light changed the course of history for women in Ireland.”

In a statement, the 221+ CervicalCheck Patient Support Group said they had lost their “biggest big sister”, and asked that the cervical cancer programme not fail others in Ms Phelan’s memory.

“Today we have lost our biggest big sister. We are shattered,” it said. “She told us this day would come but she fought so hard and so well that we couldn’t let ourselves think it would happen.

“Vicky raised her voice in 2018 because she wanted those in power, those with responsibility to learn from their mistakes.

“Let those words be her legacy. Cervical screening saves lives. It failed Vicky in life. In her memory those with responsibility must ensure that it never fails others.”