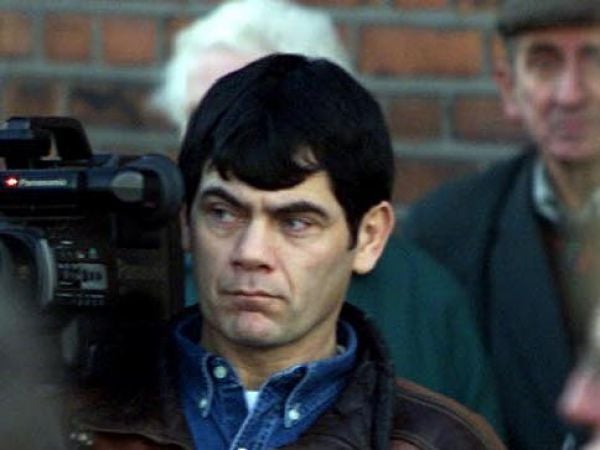 Gerard Hutch will have to pay half of the State’s legal costs incurred in successfully defending against his and Jonathan Dowdall’s Supreme Court appeal over the lawfulness of their then-pending Special Criminal Court trials.

In a post-appeal ruling about legal costs, a five-judge court decided to award the State parties 50 per cent of their fees in circumstances where they did not seek costs against Dowdall (44) as he had legal aid.

In principle, the State was entitled to have all of its legal costs covered, as the two men lost their civil law attempt to prevent their criminal trials over the 2016 murder of Kinahan Cartel member David Byrne (33), which subsequently proceeded before the non-jury SCC.

This was the order made in the High Court, which earlier dismissed the proceedings, and the Supreme Court did not interfere with this decision.

In July of this year, the Supreme Court found the Special Criminal Court (SCC) has “full jurisdiction” to try the men.

The trial of Mr Hutch (59), last of The Paddocks, Clontarf, Dublin, in which he denies the murder of Mr Byrne at the Regency Hotel on February 5th, 2016 is underway.

Dowdall, a former Sinn Féin councillor for Dublin city, was sentenced to four years imprisonment after pleading guilty to facilitating the murder, a significantly less serious charge than the murder count he faced when he challenged the lawfulness of the SCC. This came after Dowdall agreed to give evidence against his former co-accused in the case.

For the Supreme Court civil law appeal, the Chief Justice Donal O’Donnell, Mr Justice Peter Charleton, Ms Justice Iseult O’Malley, Mr Justice Gerard Hogan and Mr Justice Brian Murray did not consider it was appropriate to make no costs order. They said Mr Hutch and Dowdall had a “signficiant personal interest” in bringing the proceedings and the appeal.

However, given no order was sought against Dowdall, the judges said it was not appropriate to visit the entire costs of the appeal on Mr Hutch.

Mr Hutch argued no costs order should be made against him as he said he merely adopted legal arguments already made by Dowdall. The judges said the cases were identical in every way.

The court will order that the State and Oireachtas respondents are entitled to half their costs of the appeal, as against Mr Hutch, the judges said.

The order does not extend to costs connected to an application from the taxpayer-funded Irish Human Rights and Equality Commission (IHREC) to participate in the appeal as an “amicus curiae”, or friend of the court. This issue can be dealt with by a ruling, the judges said.

In his ruling over the summer, Chief Justice O’Donnell commented that IHREC made submissions that were “quite separate and distinct” from the case and “do not resolve or purport to resolve the issues raised”.

Mr Justice O’Donnell said the court will expect future applications from a party seeking to be joined to a case as an amicus to specifically address how the party’s joinder will assist with the resolution of a particular case.