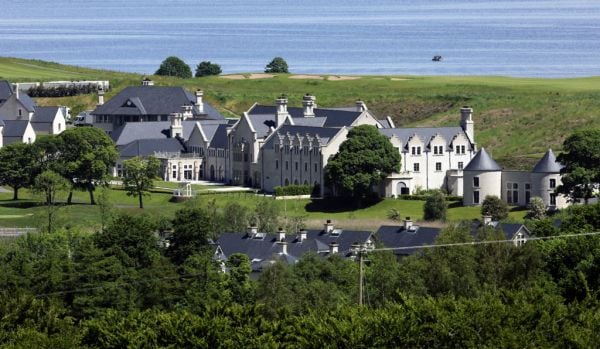 A man is due to appear in court following an altercation at a luxury Co Fermanagh hotel.

The incident came after protesters disrupted the National Party political conference at the five-star Lough Erne Resort on Sunday afternoon.

A 34-year-old man arrested by police has been charged with affray, attempted grievous bodily harm with intent, criminal damage and possession of an offensive weapon with intent to commit an indictable offence.

He is to appear at Omagh Magistrates’ Court on Tuesday.

As is normal procedure, all charges are reviewed by the Public Prosecution Service.