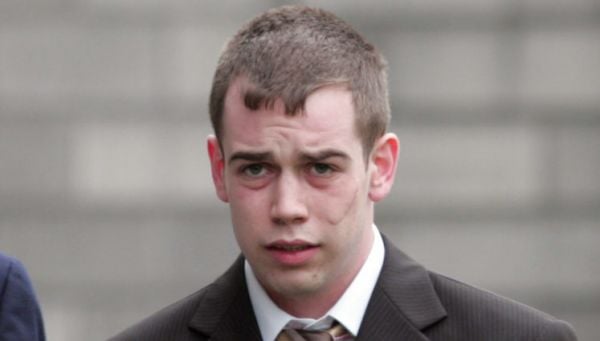 A man jailed for life for murder claims the setting up of a new statutory parole board has led to a delay in getting a decision over whether he can be allowed out on overnight temporary release some 15 years into his sentence.

Keith Cunningham (33), Halpin’s Terrace in Drogheda, Co Louth, was convicted in 2009 for the fatal stabbing of 41-year-old Des Kimmins in Drogheda in December 2007. He had pleaded not guilty to murder but guilty to manslaughter and a jury found him guilty of murder by a 10-2 majority.

He pleaded self-defence and said he did not mean to kill Mr Kimmins.

His sentence was backdated to December 2007 when he first went into custody meaning he has now served 15 years.

On Monday, the High Court granted leave to his lawyers, in a one-side only represented application, to bring judicial review proceedings against the Minister for Justice, Ireland and the AG, seeking orders a decision be made in relation to his suitability for temporary release.

In his proceedings, it is stated that since June 2021 he has been serving his sentence in Loughan House open low security prison in Cavan.

This followed a review of his sentence by the then-non statutory Parole Board. In March 2021, that board recommended a six-step programme of rehabilitation and temporary release periods.

These recommendations were to be reviewed in 12 months. Since transferring to Loughan House, he has been afforded a number of visits to local shops and to meet his family in Cavan town.

However, in July 2021, the then-non statutory board which made those recommendations was replaced by a statutory Parole Board.

This has led to him being told that his case would not now be reviewed until the third quarter of next year although the previous board recommended a review in March of this year.

It is argued that he is anxious to be allowed overnight release, so he can demonstrate his suitability for long-term release into the community. His requests for overnight release so far have been refused.

The Minister for Justice, in reply to correspondence from his lawyers, says the new parole system involves, for the first time, engagement with victims or their families and significant preparation was required for implementation of that process.

The new board is dealing with 203 “qualified applicants for parole” and has endeavoured to set up a fair prioritisation scheme which would include consideration of time served and review dates previously recommended, the Minister said.

On Monday, Michael Lynn SC, for Mr Cunningham, told Mr Justice Charles Meenan this was one of three similar challenges before the High Court.

Mr Lynn said there had been progress in relation to one of the other cases since it was taken. Even though there is a statutory Parole Board in place, the Minister still retained discretion to grant temporary release, he said.

The judge said hopefully if one of the other cases is resolved, it may have a knock effect in this case. He adjourned it to next January.