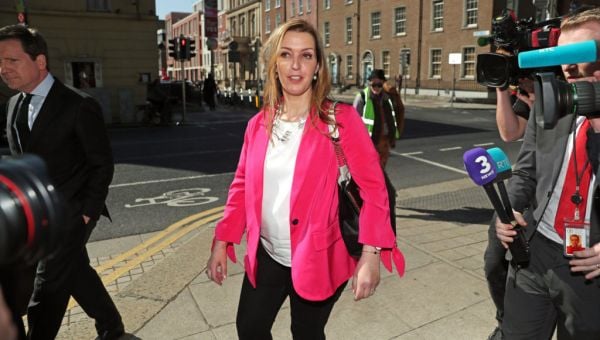 Senior figures from Ireland’s health services have paid tribute to Vicky Phelan, the campaigner who sparked a root-and-branch review of the country’s cervical cancer screening programme.

After settling her High Court case in 2018 against the US laboratory that examined her smear tests, Ms Phelan had repeatedly called for reform of CervicalCheck’s structure – despite pushback from authorities and with a terminal cancer diagnosis.

Ms Phelan said the Government and health authorities were reluctant to admit to failures in the way the screening programme’s internal audits were managed, and the outsourcing of smear slides to laboratories based abroad.

Ms Phelan had also opposed the Government’s CervicalCheck Tribunal, which was set up with the aim of assessing the cases of women whose smear slides had been read to a medically-negligent degree outside the courts system.

Campaigners’ calls for further compensation for women whose cancer returned after engaging with the tribunal were not agreed to by the Government, which partially led to the 221+ Patient Support Group not endorsing the tribunal.

More than 350 claims related to CervicalCheck have been submitted to the State Claims Agency so far, with just 25 claims being taken through the tribunal.

Among those who paid tribute to Ms Phelan on Monday were senior members of the health services she had repeatedly criticised.

I am so sorry to learn of the death of Vicky Phelan today. My deepest condolences to her husband Jim and children Amelia and Darragh. Vicky’s tenacity and selflessness in advocating for women’s healthcare will never be forgotten. Ar Dheis Dé go raibh a hanam.

“I am so sorry to learn of the death of Vicky Phelan today. My deepest condolences to her husband Jim and children Amelia and Darragh,” clinical director of CervicalCheck, Noirin Russell, tweeted.

Ms Russell recently apologised for insensitive comments made in 2020 where she suggested that the women affected by the controversy knew they had not been wronged by CervicalCheck.

Chief executive of Ireland’s four cancer screening services, Fiona Murphy, said she was “deeply saddened” to hear of her death.

“Vicky was a strong advocate for cervical screening who dedicated her last years to effecting real change for women.

“I extend my condolences to Vicky’s children Amelia and Darragh, husband Jim and her parents John and Gaby,” she said on Twitter.

The interim chief executive of Ireland’s Health Service Executive (HSE) said it was “with great sadness” that he heard of Ms Phelan’s death.

“My deepest condolences to Vicky’s family. I extend my condolences to all those touched by the sorrow of cancer,” Stephen Mulvany said in a statement.

“Ireland has lost a great advocate for women’s health”.

I extend my condolences to all those touched by the sorrow of cancer. The women of Ireland have lost a true champion.”

Chief clinical officer at the HSE, Dr Colm Henry, said he hoped Ms Phelan’s “enduring legacy as a great exponent for women and patients’ rights” would provide some solace to all those who loved her.

Tributes were also paid by professor of public health Dr Gabriel Scally, who led the independent inquiry into Ireland’s cervical cancer screening programme and found the system was “doomed to fail”.

His investigation found that there was no system in place to track whether women had been told their previous smears had been audited, and criticised the “deeply flawed” policy of open disclosure.

Dr Scally said that Ms Phelan was “a great woman” who had helped him with his research and had “brought women’s health to the fore”.

“I think, in years to come, she’ll be regarded as having a really seminal influence on healthcare in Ireland and changing it towards a much more patient-sensitive and respectful system.”

In the coming weeks, Dr Scally will submit his final report on implementing recommendations to reform the CervicalCheck programme. In Dr Scally’s progress report from April 2020, he found that six of 170 actions remain to be completed.