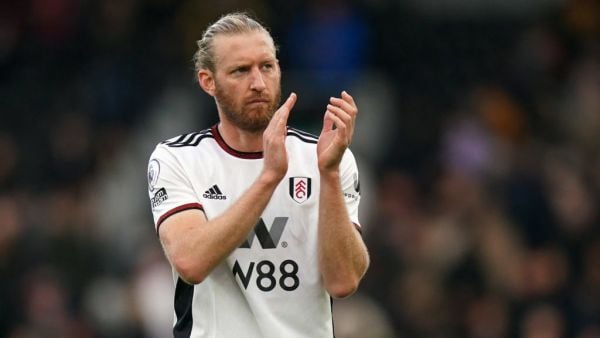 Giant yellow banners began to appear in the home towns of the players in Gregg Berhalter’s 26-man squad this week, each with a personalised message from Jason Sudeikis’ popular character as they set off for Qatar.

Ted Lasso follows its eponymous protagonist, a former gridiron coach, as he takes over as coach of English football club AFC Richmond, despite having no experience in the game.

Some @timream5 love in StL from @TedLasso 🇺🇸

Ream’s message, placed on a billboard in St Louis, Missouri, reads: “Tim, word at the fair is the lights aren’t shining any place but St Louis, so if you could mail me one of y’alls lightbulbs, I’d love to check that out.

“You know what other shiny thing I can’t wait to see? You playin’ in the big games. There should be a warning before the tournaments to load up on SPF and sunglasses to protect everyone from the Tim Ream beam, I know I’ll be doubling up on my visors.

Part of it read: “Sometimes the goal you’re training for turns into the train you’re goaling for, you know? Choo-choo! Next stop: the games of all games! We’re takin’ that track all the way to victory.”

Right-back DeAndre Yedlin is the only player included to have previously played at a World Cup, having featured in three matches in Brazil in 2014.

Berhalter’s biggest competition in Group B will be Gareth Southgate’s Three Lions, with Wales and Iran also vying to make it to the round of 16.

The USA begin their campaign against Wales on November 21nd.