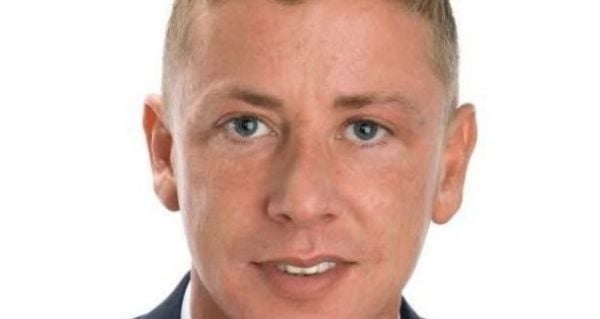 A tracking device was fitted to former Sinn Féin councillor Jonathan Dowdall’s Land Cruiser SUV when he drove Gerard Hutch across the border two weeks after the murder of Kinahan Cartel member David Byrne at the Regency Hotel, the Special Criminal Court has heard.

Now retired Detective Inspector William Hanrahan told the non-jury court on Monday that he was aware that Dowdall’s vehicle had a tracking device on it. He also said that the information came from the PSNI that the SUV had been at a BP petrol station on the Newry Road in Co Armagh on February 20th, 2016 and later at the Quays Shopping Centre in Newry, Co Down.

The Special Criminal Court has already viewed CCTV footage of what the State says is Gerard Hutch making two separate journeys to Northern Ireland with Jonathan Dowdall on February 20th and March 7th, 2016.

In his opening address, Sean Gillane SC, prosecuting, said it was the State’s case that Mr Hutch had asked Dowdall to arrange a meeting with provisional republicans to mediate or resolve the Hutch-Kinahan feud due to the threats against the accused’s family and friends. Dowdall had driven Gerard Hutch to meet the republicans on February 20th, 2016, he said.

The State also said in their opening speech that Dowdall drove Gerard Hutch north to a second meeting in Strabane in Co Tyrone on March 7th, 2016 and that their vehicle was the subject of surveillance.

On November 2nd, defence counsel Brendan Grehan SC, for Mr Hutch, told his client’s murder trial that it was “of great significance” whether gardaí deployed a tracker device on a SUV belonging to Jonathan Dowdall and illegally used it while the vehicle was in Northern Ireland.

The lawyer said it would be very important in relation to the tracker device deployed in Northern Ireland but of even greater importance would be whether a listening bug was deployed outside the State, which would raise itself in due course in the trial.

Retired Special Detective Unit Inspector William Hanrahan on Monday told Mr Gillane that he asked a member of the PSNI for footage of a vehicle from 9.50am at a BP petrol station on the Newry Road and from 7pm at the Quays Shopping Centre in Newry.

Under cross-examination, Mr Hanrahan agreed with Brendan Grehan SC, for Mr Hutch, Mr Hanrahan said he would have met with Detective Superintendent William Johnston and that he would have made contact with the PSNI. “Orally it came from the PSNI to Crime and Security to ask me to look into it,” he said.

When asked who would have made the “very specific request” in relation to checking the CCTV at the BP station on the Newry Road in Co Armagh at 9.15am on February 20th. “It would have come from Crime and Security to me and it [the information] came from the PSNI in Northern Ireland,” he said.

Mr Grehan asked Mr Hanrahan if he was aware that there was a tracker device fitted on Dowdall’s Land Cruiser and the witness said he was.

“Are you saying that the PSNI supplied intelligence to Crime and Security in relation to this vehicle in Northern Ireland and you were then contacted by Crime and Security and asked to contact a different section of PSNI to canvas for the CCTV,” asked Mr Grehan. Mr Hanrahan agreed that this was what he was saying.

The witness told Mr Grehan that this was the extent of his involvement concerning CCTV in Northern Ireland.

Asked how he was aware that the intelligence about the vehicle at the BP garage and at the Quays Shopping Centre came from the PSNI, Mr Hanrahan said it was what he was told.

In his address to the three judges nearly two weeks ago, Mr Grehan said the court would have noted that the defence had been asking questions from various witnesses “some to a greater or lesser extent” trying to establish whether Jonathan Dowdall’s Toyota Land Cruiser was followed across the border into Northern Ireland, which the defence had got “some headway” on.

Mr Grehan has been asking National Surveillance Unit (NSU) witnesses if they knew whether there were tracking devices on certain cars and some said they did not know while others claimed privilege in not answering. He also asked how they knew cars were to be in certain locations.

In his submission, Mr Grehan said the defence had got “no headway” on whether a tracker had been used on the Land Cruiser belonging to Dowdall. “We say it is of great significance whether a tracker was deployed by gardai to be used outside the State, that is illegal and in breach of the law,” he said.

He said the prosecution had been relying on CCTV footage in particular from a BP service station in Newry and The Quays Shopping Centre in Newry on February 20, 2016.

Mr Hutch’s two co-accused – Paul Murphy (59), of Cherry Avenue, Swords, Co Dublin and Jason Bonney (50), of Drumnigh Wood, Portmarnock, Dublin 13 have pleaded not guilty to participating in or contributing to the murder of David Byrne by providing access to motor vehicles on February 5th, 2016.