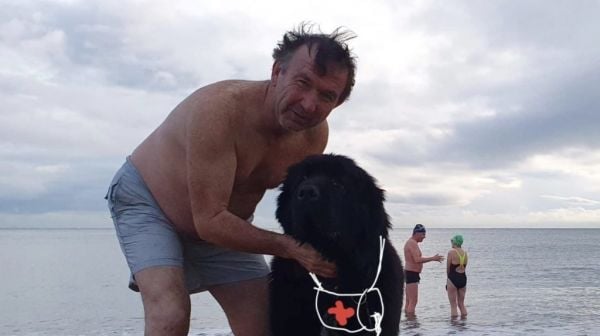 Tributes are pouring in for a man in his 60s who drowned while swimming off the coast of Wicklow.

The body of the man was recovered from the sea at Bray beach at around 8.30am on Sunday.

The man has been named locally as Ciarán Megannety, from Bray, Co Wicklow and is believed to have been a member of Bray Sea Swimmers.

Emergency services including the Rescue Helicopter attended the scene following reports of a swimmer in difficulty and it is understood he got caught in a dangerous riptide while out swimming.

Passersby and emergency services managed to get the local man out of the water and CPR was carried out but despite valiant efforts to revive him, he was pronounced dead a short time later.

Gardai and ambulance crew commenced CPR on him but he was later pronounced dead.

The Bray man’s body has taken from the scene to Loughlinstown Hospital where a post-mortem will take place, a garda spokesman confirmed.

One member said: “A special thought for those involved in Ciarán’s rescue this morning. It’s not easy to lie down and sleep with your heart hurting and your head replaying scenes of harrowing moments.

“Moments causing you to question if there was anything more you could have done to secure a different outcome. Well done to one and all who gave their best and went beyond…..you know who you are and we uphold you. Blessing and peace to you this night.”

Another friend added: “Beautiful tribute to a beautiful man. Thank you for all the smiles, you touched so many people with your joy for life Rip Ciaran.”

Another continued: “Ciarán absolutely loved the sea and the community down there, he really will be so missed.”

In a statement Gardai said: “Gardaí received reports of a swimmer in difficulty at Bray Beach, Co. Wicklow at approximately 8.25am this morning, Sunday, 13th November.

“Upon arrival to the scene Gardaí commenced CPR on a man (60s), but he was later pronounced deceased.

“The body of the man has since been removed from the scene and a post-mortem will take place at a later date.”

Mr Megannety’s funeral arrangements are yet to be announced.