Vicky Phelan: The Irish healthcare campaigner who refused to be silenced 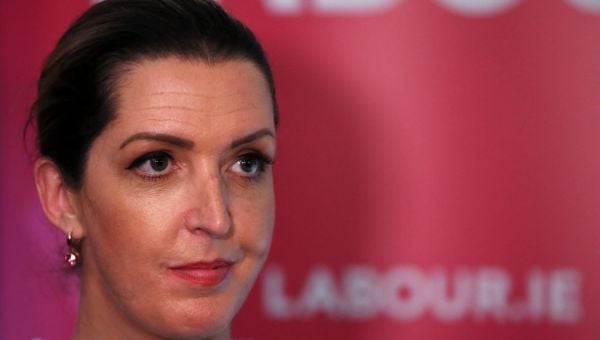 Just earlier this year, she appeared on the Late Late Show to tell the country that she was stopping chemotherapy treatment.

Her hope was to enjoy as much time as she had left with her children.

At that stage, she was in the process of planning her funeral and seeking out her favourite musicians.

“I just think it would make it easier for the kids rather than being all doom and gloom it’s going to be hard enough.”

It was not the tragedy of cervical cancer that propelled Ms Phelan into the public eye. Rather, it was her fearless and frank campaigning.

A self-described “straight-shooter”, she became a champion for women’s health in Ireland even as she faced down the reality of her own terminal illness.

This was acknowledged by Irish premier Micheal Martin, who said in his tribute to her that she was an example “of someone who stood up against the system and the normal conventions” and “stood up for the public interest”.

From Co Kilkenny originally, Ms Phelan settled a High Court action for €2.5 million after being told in 2011 that her smear test was clear of abnormalities.

In the months that followed, it emerged that around 221 women who were later diagnosed with cervical cancer were not informed that their previous smear test results were reviewed, or that the review found a different action could have been taken.

“There are no winners here today. I am terminally ill and there is no cure for my cancer,” she told reporters outside court in April 2018.

“My settlement will mostly be spent on buying me time and on paying for clinical trials to keep me alive.”

Ms Phelan, speaking in the years afterwards, always made clear that she was fighting for other women as she sought answers for the victims of the controversy.

She did not, she insisted, want to remain silent while other women could be in the same position as her.

Waiving her anonymity, Ms Phelan instead embarked on years of dogged campaigning – achieving a review of the cervical cancer screening service and challenging successive health ministers over one of the biggest scandals to ever hit the Irish health system.

She was a fixture on Irish airwaves, amassing a following on social media too as she documented the ups and downs of her treatment.

The stresses and strains took a toll, too.

Ms Phelan spoke plainly about the break-up of her marriage, although her and former husband Jim remained living together.

In January 2021, she made the difficult decision to travel to the US for a clinical trial.

At the time, she was explicit in her logic.

“If this trial works, I get more time with my kids. They understand it, I’ve been very open and honest with my kids from the very beginning,” she said.

“I rationalised it by saying it’s short-term pain for long-term gain, so if this trial works, I’ll get more time with my kids.”

Ms Phelan always knew time was precious, with the added complications of a global pandemic making her final years all that more difficult.

But all the while, she could rely on thousands of letters and messages from friends, supporters and admirers from Ireland and beyond.

In her autobiography in 2019, Ms Phelan made clear it was those people who focused her mind.

“There will be others who will continue this fight without me when I’m gone, because we are all in this together at the end of the day,” she said.

“We all come from that same place, from a mother’s womb. This is everybody’s story.”