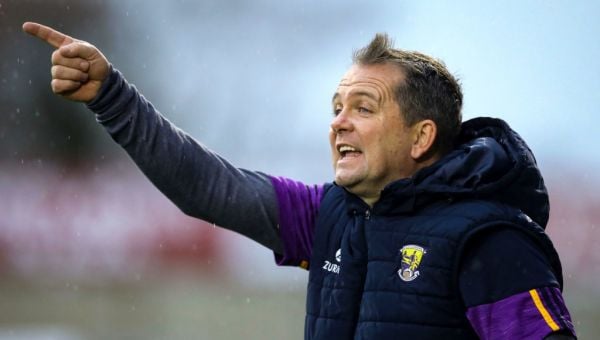 GAA star David Fitzgerald has raised questions before the Deputy Master of the High Court about the alleged sale of his loan from ACC Bank to what his counsel called a “vulture fund”.

Mr Fitzgerald’s questions were aired in proceedings brought against him by Pepper Finance and receiver James Anderson of Deloitte who have brought proceedings against the Waterford senior hurling manager over a house in Co Clare.

Pepper and the receiver Anderson, who was appointed over certain assets of Mr Fitzgerald, had issued a summons seeking possession of the property, which Mr Fitzgerald owns but where his sister lives at Clonara, Sixmilebridge in Co Clare.

Mr Fitzgerald, who acquired the property with loans from ACC Bank that were purportedly acquired by Pepper in 2019, opposes the application.

The receivers had made a previous application before the Master in respect of the property, which was struck out last month.

The matter was re-entered before the Deputy Master Mr John Glennon on Tuesday.

Mr Fitzgerald’s counsel Ronnie Hudson instructed by solicitor Max Mooney told the Deputy Master that his client believes that Pepper may not own his loan and has sought information about the purported transfer to the fund.

Counsel also said his client has been given insufficient and heavily redacted information about his loan from Pepper.

His concerns centred around whether entities called ‘Newgrange Acquisition DAC’ and ‘Otterham’ had at various points in time owned the loans.

Lawyers for the fund and the receiver rejected the criticism and said that they are prepared to provide the information sought.

Mr Hudson also said that his client was concerned about the amount of receivers’ fees, and said it is disproportionate to have a chartered accountant with Deloitte’s as receiver over a house in Co Clare.

Mr Fitzgerald, who is currently in his second spell as manager of the Waterford Senior hurling team, says that the receiver’s alleged failure to provide him with a breakdown of his fees has left him with no option other than to bring proceedings to have the fees measured.

Mr Fitzgerald, counsel added, says that the matter should be before the Circuit and not the High Court.

The mortgage for the property was taken out with ACC Bank, but the loan was allegedly acquired by Pepper, which counsel called “a vulture fund.”

Mr Fitzgerald claims that he wants to redeem the mortgage of over €200,000 but says he cannot do so because Pepper is demanding an interest surcharge of €25,000, which he claims it is not entitled to.

After hearing submissions from counsel, the Deputy Master said that he intends to enter the case into a list that will go before a High Court judge but was prepared to grant an adjournment to allow Mr Fitzgerald to swear an affidavit in reply to the applicant’s claim.

The Deputy Master said that the issues mentioned before him are matters that can be raised before the judge hearing the case.

The matter will return before the Deputy Master later this month.

When the matter was previously mentioned before the Deputy Master last October Mr Fitzgerald’s lawyers said that the former goalkeeper and coach on the RTÉ Television programme Ireland’s Fittest Family, is the victim of a fraud that has resulted in proceedings being brought against him before a Portuguese Court.

Mr Fitzgerald claims that his name had, without his knowledge or consent, been put on “false” mortgage documentation in respect of “six or seven” properties in Portugal.

Mr Fitzgerald claims that a former ACC Bank official Jarlath Mitchell, whom he had professional dealings with several years ago, entered his name on the “false mortgages and documents”.

Mr Mitchell, it is alleged, was jailed in 2013 for two years after he admitted stealing over €450,000 from customers to pay off debts from unsuccessful investments in the property market.

As a result, Mr Fitzgerald has brought proceedings against UK-based Mr Mitchell and ACC Bank, and has linked those proceedings to the action brought against him by Pepper and Mr Anderson.