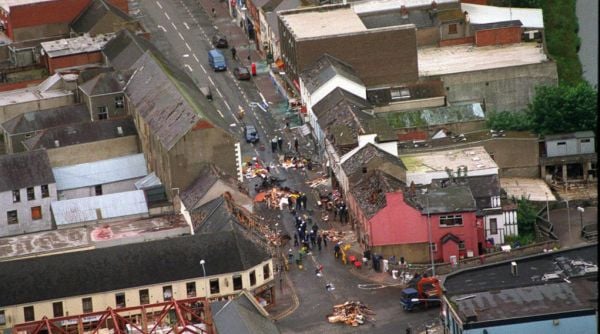 A decision has not yet been made about whether a public inquiry will be called into the Omagh bombing.

Michael Gallagher, whose son Aiden was one of the 29 killed in the Real IRA attack in 1998, was among relatives of victims who met with Northern Ireland Secretary Chris Heaton-Harris on Tuesday.

He said they were told Mr Heaton-Harris needed more time to consider the case.

Last year, a High Court judge recommended that the UK Government carry out a human rights-compliant investigation into alleged security failings in the lead-up to the August 1998 attack.

His ruling came following a legal challenge against the UK Government’s refusal to hold a public inquiry into the atrocity.

It was also recommended that the Irish Government establish its own probe.

Mr Gallagher told the BBC the meeting was “productive”, and that they accepted Mr Heaton-Harris needed more time to assess the case.

“We certainly don’t want a reinvestigation because we have had many of those. We need a public inquiry, we need an opportunity for people to come forward and tell their story of what happened.”

In March, the families did not rule out returning to court.