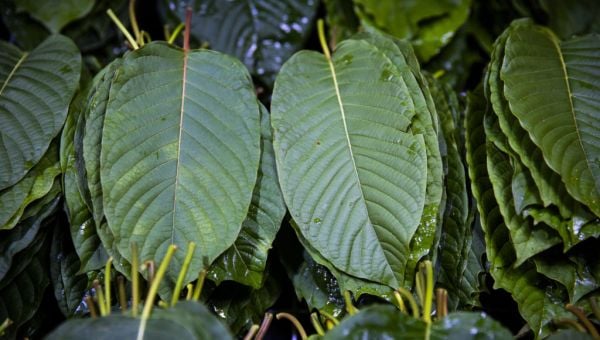 A man claims gardaí massively overestimated the value of a herbal substance used to help addicts come off heroin when they charged him with having possession of a drug with intent to supply, the High Court heard.

The substance is Mitragynine and is more commonly known as Kratom, named after a native South-East Asia tree with leaves containing the substance which can produce stimulant-like effects of an opioid.

Ronan Maguire, Ard na Greine Terrace, Summerhill, Wicklow Town, is facing charges of possession of Kratom for supply as it is a controlled drug in this country. He denies the charges.

Pending his trial in the Circuit Criminal Court, he is seeking an order from the High Court that the gardaí reveal how they come to value the 1kg of the substance at €20,000 when he claims the same amount can be bought in countries where it is legal for between €180 to €300.

Mr Maguire was charged with having the Kratom for the purpose of supply at the Primary Healthcare Centre, Drumkay Road, Wicklow, on September 11th, 2019.

In his High Court judicial review proceedings against the DPP, he seeks orders including that he be provided with all information in the possession of the gardaí which underpins the value put on the seizure by the gardaí.

On Tuesday, Mr Justice Charles Meenan directed that Mr Maguire’s application for leave to bring proceedings, which had been brought with only the Maguire side represented, be made on notice to the DPP. He adjourned it to January.

Earlier, Michael O’Higgins SC told the judge Kratom is used in herbal tea and the quantity in this case was about the size of two 500gramme teabag boxes. It is common case that it is frequently used by people to mitigate the withdrawal effects when coming off heroin, he said.

The manner in which controlled substances are generally valued by gardaí is “not the most scientific”, he said. Gardaí seize drugs and build up intelligence as to the valuation put on them.

The valuation is then used to decide whether someone should be charged with simple possession for supply or with the more serious charge of possession for supply under Section 15A of the Drugs Act, he said Under this provision, where the market value of the drug involved amounts to at least €13,000, an accused must receive a minimum sentence of 10 years imprisonment.

When the book of evidence was served on Mr Maguire, he was charged with the more serious Section 15A offence, but this was later withdrawn by the DPP, and he now faces a simple charge of possession.

However, counsel said, what is at issue in this case is that there is a difference of 100 times in the open market price and the valuation put on it by gardaí.

In advance of the Circuit Court trial, Mr Maguire’s legal team brought an application to a judge of that court seeking disclosure of the basis on which the valuation was made.

The judge rejected the application saying the DPP had done all she was required to do in relation to her disclosure obligations. The judge also found it would ultimately be a matter for a jury as to whether Mr Maguire had the Kratom for personal use or for supply.

Mr O’Higgins said without further information from the gardaí about how they arrived at their valuation, it would not be possible for an expert on their side to challenge the garda evidence which will be put forward at trial about the valuation.

Gardaí have insisted that it can be bought for €20 per gramme on the street, which would mean a kilogramme is worth €20,000, counsel said.

Asked by Mr Justice Meenan how close the hearing of the criminal matter is, counsel said it is on a very long list of cases and as a result he was not seeking a stay on his client’s prosecution pending the outcome of the High Court challenge.