Minister for Housing admits not enough homes being built in cities 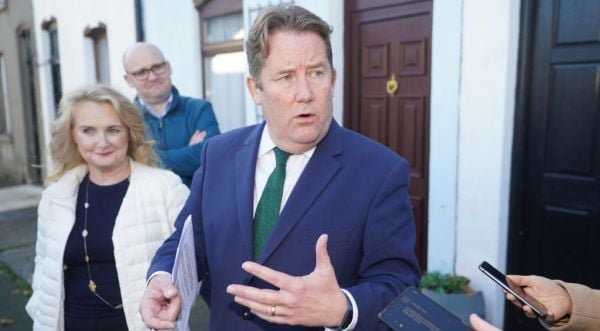 The Minister for Housing has admitted that not enough homes are being built in Irish cities, but supply was “going in the right direction”.

Darragh O’Brien once again repeated the government would exceed its target of providing 24,600 homes this year, but admitted that this would not be enough to meet housing demand.

“So we targeted 24,600 this year, we’re going to exceed that, we’re going to deliver more social homes this year than we’ve actually done in decades, and affordable homes for the first time in nearly a generation,” he told reporters in Dublin.

But Mr O’Brien added: “We won’t be happy until we’re getting to at least an average of 33,000 per annum.

“To meet with demand that hasn’t been met over the last number of years, we do need to be getting up to that area of 40,000.”

He added that “we’re seeing the trend go in the right direction”.

At an event to publicise a housing protest to be held at the end of the month, organisers said that the Government’s strategy to private developers to provide most of the homes included in their targets was not going to work, and that more radical action was needed to prevent homelessness from rising.

Mr O’Brien said that from Tuesday, the Government’s Croi Conaithe scheme, which aims to bring vacant and underused buildings in towns and villages back into use, is accepting applications for homes in Irish cities.

He said that an initial €50 million had been allocated to the scheme, and that over the coming months it would be expanded if there was enough interest.

He said that a proposed vacant property tax and compulsory purchase orders could be used to encourage owners of vacant properties to avail of the scheme.