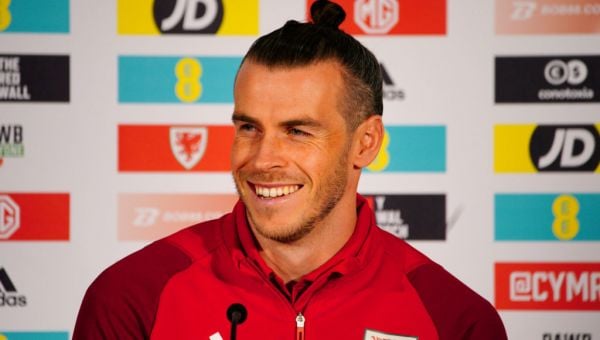 Gareth Bale has handed Wales a massive World Cup boost by declaring himself 100 per cent fit for the tournament in Qatar.

Skipper Bale’s fitness has been a source of major concern ahead of Wales’ first appearance at the finals for 64 years.

The 33-year-old has played just half an hour of football since completing his first 90 minutes for over a year in Wales’ Nations League defeat to Poland in September.

Bale revealed he had been troubled by a “slight issue” and “was not 100 per cent” after coming off the bench to score a crucial late goal in Los Angeles FC’s MLS Cup final triumph over Philadelphia Union on November 5.

But he said ahead of Wales’ departure to Qatar on Tuesday: “I’m 100 per cent fit and ready to go.”

Asked if he could play three 90-minute games against the United States, Iran and England in the space of nine days, Bale replied: “Yeah, no problem.

“Speaking to a few of the boys, even for them having to play this weekend was tough mentally, and we’re just praying not to have an injury at all because it’s such a big occasion.”

Bale echoed the Football Association of Wales’ determination to speak out on human rights and LGBT issues surrounding the World Cup.

Qatar has been criticised for its stance on same-sex relationships – homosexuality is illegal in the Gulf state – human rights record and treatment of migrant workers.

Bale, who will join other captains of European nations by wearing a ‘OneLove’ armband during the tournament as a message against discrimination, said: “Of course, for us as footballers, it’s been a difficult subject to talk about.

“But we can shed a light on the problems there are going on.

“For us as players, we’re fully behind and support everything we can do.

“As footballers, the most we can do is raise awareness and it’s for people higher up to make those decisions, and hopefully make change for the better.”

They will complete their group fixtures against England on November 29, with all three games to be played at the Ahmed bin Ali Stadium in Doha.

Bale said: “When you play in these big tournaments, it’s important to have the experience of doing so, and most of the squad have done that.

“It’s important to know what to expect. The games come thick and fast and they’re all difficult games, but we’ll prepare to get as far as we can in this tournament.

“On paper we have the hardest group in the World Cup (the only one with all four sides in the top 20 of the FIFA rankings) and we’re just doing the best planning possible to give us the best chance of winning.”

Aaron Ramsey has revived memories of Euro 2016 by dyeing his hair blond.

The Nice midfielder sported a peroxide blond look in France six years ago when Wales reached the semi-finals and Ramsey was named in the team of the tournament.

“I just fancied a change again,” Ramsey said. “It’s falling out so I thought I’d do it now before I can’t do it any more.

“I didn’t want to go as bright as last time. It’s a little less so, but as a team we’ve carried on (from 2016) and we’re looking forward to the World Cup.”