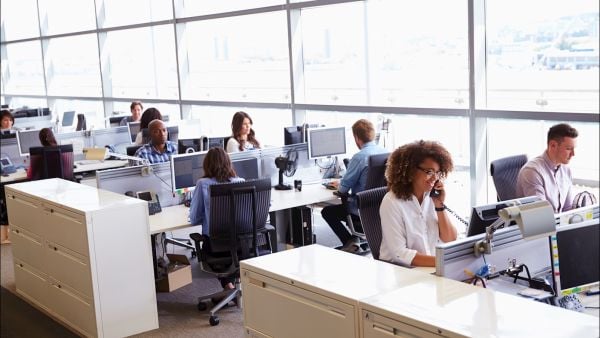 Irish firms continue to have a more confident outlook than their counterparts in other parts of Europe despite challenging times for businesses, a survey has shown.

The Accenture/S&P Global Irish Business Outlook survey found companies are expecting a difficult year ahead, recognising the challenges of inflation, the impact of the war in Ukraine, winter energy costs and global supply chain difficulties.

While profits outlook remained negative at -5 per cent, up slightly from June’s -7 per cent, Irish businesses had the most positive view among the 11 European countries surveyed in terms of their hiring plans.

The Irish employment net balance expectations for the next 12 months increased to +27 per cent, up from +24 per cent in June.

The survey noted wage pressures are expected to continue to be a key challenge for companies over the next number of months as employees seek higher compensation to meet the rising cost of living.

Irish companies expect staff costs to be up 73 per cent, higher than the Euro zone average of 60 per cent, putting us behind only Germany and the UK (both at 77 per cent).

Meanwhile, Irish firms plan to hike their prices in response to elevated cost pressures, reporting an output prices net balance of +52 per cent, the largest rate among the Eurozone countries surveyed.

“It is no surprise that this survey shows that inflation and rising costs remain a significant cause for concern for businesses in Ireland,” Accenture’s Ireland country managing director Alastair Blair said.

“As we face the potential likelihood of a global recession, it is clear that this will only amplify inflationary pressure and compound the strain on supply chains.

“Businesses need to be agile in the face of this uncertainty and be able to move at speed to respond and be competitive. Such agility, coupled with a flexible and highly productive workforce, will be critical for Ireland’s success going forward.

“An ongoing investment in digital and technology skills will be imperative to keep a positive trajectory going,” he added.