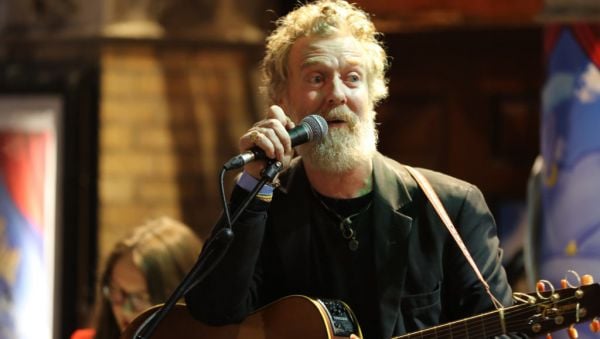 A housing campaign group has criticised the Government’s “cruel” housing policy ahead of a protest which prominent musicians are set to join.

The award-winning songwriter Glen Hansard, Lisa O’Neill, Donal Lunny, Brendan Begley and Laura Quirke will be among those joining the Raise The Roof rally on November 26th.

Speakers at an event on Tuesday to publicise the Dublin protest in 10 days time said the Government was failing to deliver affordable housing, and criticised Housing Minister Darragh O’Brien for claiming that his Housing For All plan was delivering a “step change” in housing delivery.

The event also heard that during a series of public meetings in counties across the country, they were told one family in Dublin were forced to live in a disused animal shelter.

Macdara Doyle, co-ordinator of the Raise The Roof campaign, said that “official policy has now conspired to lock an entire generation out of the housing market”, with house prices, rental costs and homeless numbers at record highs.

If we have learnt anything from the pandemic it is that we have a real need for a more proactive State. #Nov26 is an opportunity to show that we are all in this together! #RaiseTheRoof #HomesForAll pic.twitter.com/pzYIGexmOO

He said that despite a change of government in 2020, “we did not see a change in policy”.

“You look at the targets in Housing For All, about 300,000 over the course of (the Government’s) lifetime, and the vast majority of those are being delivered by private developers.

He said that during public consultations people told them how house prices and rents have been “spiralling beyond their means”, and that the threat of evictions and homelessness looms over them, despite the Government’s winter eviction ban.

“In one of the meetings we had in Dublin southwest in Tallaght recently, there was a story emerged of a family that were living in a disused animal shelter in a nearby farm and sending the kids to school every day and bringing them back to that at night. That’s where we’re at.”

Owen Reidy, general secretary of the Irish Congress of Trade Unions, said that despite campaigns over the past five years, “the situation remains appalling for so many people”.

“What is different this time is those who are on decent incomes, those that we would have considered to be well paid in the trade union movement, white-collar, professional background, they are struggling just like everybody else, and I think this is one of these moments where it’s civic society saying ‘we’re all in it together’.

“It is a cruel circular chain of breakdown of public policy and it is affecting everybody,” he said.

When asked about Mr O’Brien’s comments last week that his housing plan was beginning to have an effect, Mr Reidy said that minimal progress was not worth “boasting about”.

“Even dealing with supply, unless you deal with affordability, we are going around chasing our tail.

“So I think the minister needs to (reconsider) giving himself a clap on the back if he’s comparing some minimal progress to effectively no action.

Rose Marie Maughan of the Irish Traveller Movement said they were “way beyond crisis point”.

“Ninety per cent of [travellers] will say that mental health is an issue and we all know that the foundation of one’s life, regardless of ethnicity, is a home.

“A base where your children come home and do their homework, where they can play, where they can have water – something as basic as water – and young Irish children don’t have that in many of the halting sites across this country, and that is a shameful, shameful stain on our state.”