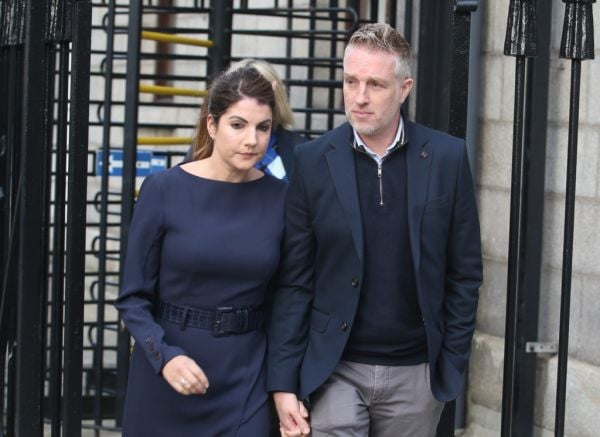 The Government’s management of communication of its plan to introduce legislation that would regularise overseas commercial surrogacy has been strongly criticised by a High Court judge.

Mr Justice John Jordan was dissatisfied to have learned via the media that international surrogacy is to be recognised and regulated through new legislation likely to come before the Cabinet next week.

The judge said it was unacceptable for a court to learn of plans for legislation through media reports on day five of a case concerning such issues. He also said it was not fair to the family involved.

The proposed legislation was relevant to the core issue in the case, he said.

It was reported over the weekend that new legislation will see commercial surrogacy outlawed in Ireland while permitted abroad. International commercial surrogacy involves women in other countries being paid to carry and give birth to babies for Irish parents who subsequently bring their children home to Ireland.

The judge’s comments came on the fifth day of a hearing of an action brought by Kathy and Brian Egan, of Castlecomer Road, Kilkenny.

One of the couple’s children was born in 2019 to a surrogate mother in Ukraine.

The Egans are asking the court to declare that the State’s failure to provide retrospective recognition of parentage of children born through surrogacy amounts to “invidious discrimination” against their family.

They also want a declaration that the State has failed to vindicate their constitutional rights by failing to recognise Ms Egan as the boy’s legal mother.

Mr Egan is the child’s genetic and legal father, while Ms Egan is his genetic mother and legal guardian, a relationship that will cease when he turns 18. She is not legally recognised as his mother.

The couple had researched surrogacy options after Ms Egan experienced eight miscarriages, and they were left in a “hopeless situation”, Ms Egan said in an affidavit.

She said her son – a “legal stranger” to her – does not stand in the same position as his sibling with regard to family entitlements.

Following a month-long gap in the hearing, due to court scheduling, the State parties were due to resume making submissions on Tuesday and Wednesday.

However, the Egans’ counsel, Mícheál P O’Higgins SC, with Mark Lynam BL, instructed by solicitor Annette Hickey, asked for clarifications about the current legislative situation, given the news that had emerged.

Lawyers for the State asked for time to clarify the situation.

Mr Justice Jordan adjourned the proceedings to a date in December.