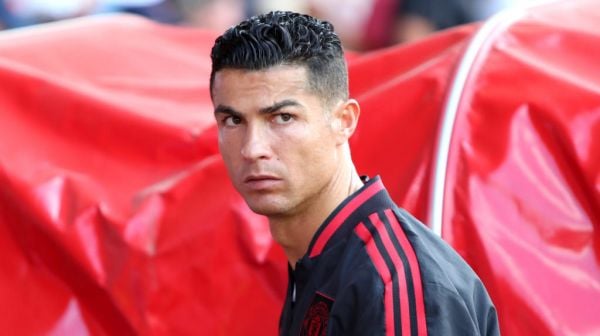 Cristiano Ronaldo could be sacked by Manchester United after criticising the club and manager Erik ten Hag in his interview with Piers Morgan, according to leading employment lawyers.

In excerpts from the interview – which will only be released in full on Wednesday and Thursday – five-time Ballon d’Or winner Ronaldo said he did not respect Ten Hag and claimed a number of individuals at United were trying to force him out of the club.

Released as club football went on hiatus for the World Cup, the interview appears carefully timed and could be the next step in Portugal star Ronaldo’s bid to leave United, having sought an exit in the summer.

But with United taking legal advice – and awaiting the full interview – before issuing a response, the player could find his desired departure is an abrupt one.

Mike Tremeer, employment partner at Fladgate, said: “It seems clear that many of Ronaldo’s comments made during the interview amounts to him ‘knowingly or recklessly … say[ing] something … which is likely to bring the club into disrepute … or cause damage to the club or its officers or employees’.

“That breaches an express clause of the template Premier League player contract and means that the club is entitled to terminate his contract.

“It is apparent that Ronaldo wants to leave Manchester United and so this might be the exact outcome he is hoping to achieve.”

Simon Leaf, head of sport at the Mishcon de Reya law firm, agreed that United may now be entitled to terminate Ronaldo’s contract.

However, Leaf added it could be more complicated given Ronaldo’s complaints about how the club had responded to the issues he has faced in his personal life.

The 37-year-old and his partner revealed in April one of their twin babies had died, and Ronaldo told Morgan the club had not believed him when he missed pre-season training in the summer because his baby daughter Bella was ill.

Leaf said: “It would appear that Ronaldo is clearly in breach of his employment agreement, which under its terms, entitles the club to terminate the contract.

“However, the club are caught between a rock and a hard place, as this termination right is subject to Ronaldo’s right to appeal – especially as he seems to be suggesting that United are in breach of its own duties to take reasonable steps to protect the health and safety of its employees, which may extend to allowing Ronaldo time off in such difficult circumstances.

“There is no easy answer to this particular legal wrangle, and, from experience, one suspects, that given the sums involved in terms of wages and a potential transfer fee that may be forgone, both Ronaldo and the club will now try to resolve the issues as amicably as possible in private with a view to both parties saving face.”

Danielle Parsons, employment law partner at Irwin Mitchell, said that even if Ronaldo has breached his contract, it would be unusual for a club to sack a player in such circumstances.

“Usually this is rare and most clubs will take care to first investigate and follow their disciplinary procedures to try to avoid any potential dispute around breach of contract, as well as the wider reputational damage this could cause,” Parsons said.