Number of CervicalCheck claims increases to 378 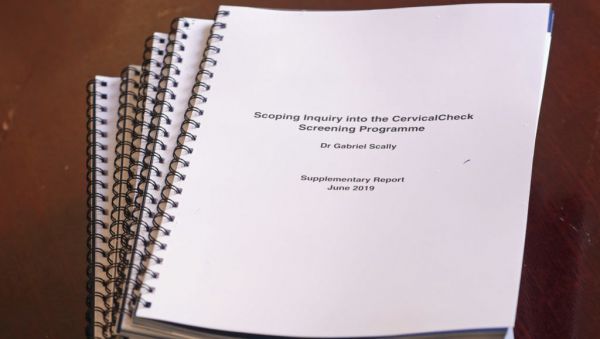 The number of CervicalCheck legal claims being taken against the Irish State has risen to 378.

The Department of Health confirmed to the PA news agency that as of November 1st, the State Claims Agency had received 378 CervicalCheck claims, including psychological claims brought by family members.

Of these claims, 25 were taken to the CervicalCheck Tribunal, it said.

Minister for Health Stephen Donnelly, who brought forward legislation to set up the Tribunal, said in February that the number of claims it was receiving “is now increasing regularly”, after they had doubled in two weeks to 19.

Since then, just six more cases were taken to the CervicalCheck Tribunal before the closing deadline on July 26th this year, while the number of claims lodged continues to rise.

“The Tribunal has successfully brought a number of claims to conclusion swiftly, and I am confident it can continue to do so,” Mr Donnelly told Dáil Éireann at the time.

Statement by President Higgins on the death of Vicky Phelan https://t.co/Zg7Sw41apQ pic.twitter.com/G4v7EsG3Dx

“The Tribunal is the most appropriate venue to hear and determine CervicalCheck claims. It has been specifically designed for that purpose.

“It is, of course, entirely up to eligible women as to whether or not they use it.”

The latest figures were confirmed in response to a query from PA after cervical cancer campaigner Vicky Phelan died on Monday, aged 48.

Ms Phelan had been a vocal critic of the CervicalCheck Tribunal, which has been a contentious issue for the coalition government.

It was set up with the aim of fulfilling Ms Phelan’s and others’ calls for a non-adversarial and faster means of providing redress to women whose health and treatment were affected by the CervicalCheck controversy.

It was found that hundreds of women who used Ireland’s cervical smear screening programme and who were later diagnosed with cervical cancer had not been told that their previous smear test results had been audited, and that in some cases their smears were misinterpreted.

Campaigners’ had called for the tribunal to allow for further compensation for women whose cancer recurred, and for women who were statute barred due to delays from the Government to be included in the tribunal.

The Government approved the plans without those requests being met, which led to the 221+ Patient Support Group not endorsing the tribunal.

The CervicalCheck Tribunal was established in October 2020 based on recommendations of Mr Justice Charles Meenan to provide for an alternative to the court process for CervicalCheck claims where liability is not contested.

The majority of legal claims lodged against the state were received by the State Claims Agency in 2021, the year the tribunal began accepting claims, when 103 claims were lodged.