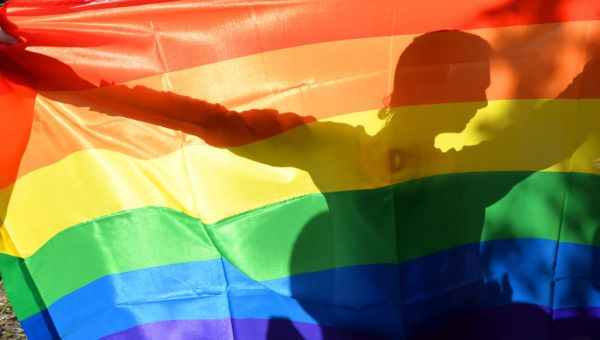 One in three LGBTQ+ students have skipped school to avoid negative treatment, according to new research.

The survey is from Ireland’s national LGBTQ+ youth organisation, Belong To.

Its latest School Climate Survey of over 1,000 students found bathrooms, lunchrooms and PE class as the spaces in which they feel most unsafe.

Positive indicators from the report include that 99 per cent of LGBTQ+ students said that they know at least one school staff member supportive of LGBTQ+ identities. Findings show that this level of support leads to LGBTQ+ students being more likely to feel accepted by their peers, have an increased sense of belonging, and be less likely to miss school to avoid victimisation.

The findings come ahead of the 13th year of Stand Up Awareness Week, Ireland’s largest LGBTQ+ anti-bullying campaign, which takes place from Monday, November 15th to Friday, November 19th. Use of homophobic, transphobic, and biphobic language and the harassment, abuse, and exclusion of LGBTQ+ students remains rife throughout second-level schools in Ireland, according to the research.

“This stark reality creates a hostile school environment for many LGBTQ+ students, presenting significant risks for their wellbeing, mental health, and educational outcomes.”

CEO of Belong To, Moninne Griffith said: “In the past two years, we have witnessed the rollback of LGBTQ+ rights internationally, the growth of the far right, and horrific violence inflicted on members of the LGBTQ+ community in Ireland. There is still a long way to go for positive changes in laws and policies that we have seen in Ireland in recent years to translate into change experienced in the everyday lives of LGBTQ+ young people.”

She added: “We need the government to integrate LGBTQ+ awareness and inclusion to teacher-training courses and implement outstanding actions under the LGBTI+ National Youth Strategy. We can see the positive impact when LGBTQ+ students feel supported by staff and we are grateful to inspiring teachers and schools across Ireland who have worked on LGBTQ+ school safety and inclusivity for years and have saved lives through these interventions. Together, we can create a better future for LGBTQ+ young people at school – a future where they feel safe, equal, and valued.”

I laughed it, off but afterward he and two other students attempted to assault me.

Anonymous responses to the School Climate Survey include the following:

“I think a big part of my depression in life has been since I found out I’m gay when I was 14-15. At first I hated myself because of it, I used to pray and wish I was ‘normal’ because that’s how students in school treated LGBTQ+ people.”

“The worst experience I had was in PE. We were doing push ups and I wasn’t keeping my back straight. Someone commented I had my ass in the air because I was gay. I laughed it, off but afterward he and two other students attempted to assault me.”