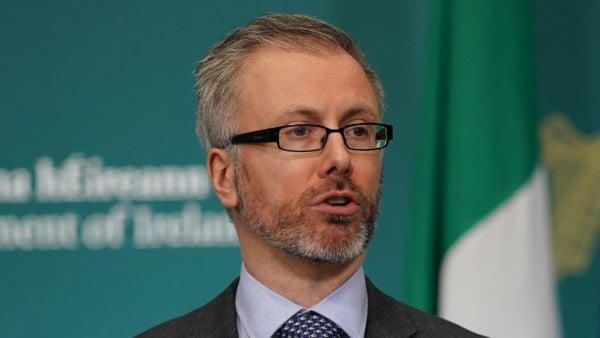 The requirement for survivors of mother and baby homes to have spent at least six months in an institution to be eligible for redress has been labelled a “sword of Damocles”.

The Government’s Mother and Baby Institutions Payment Scheme Bill is continuing through the Irish parliament, and entered committee stage on Tuesday.

There has been criticism of the draft law for not offering redress to people who spent less than six months in institutions.

Labour TD Sean Sherlock said: “We feel strongly that the temporary absence issue and the 180 days issue under Section 13, it’s hanging out there like a sword of Damocles for me, and I think there must be some way in our reporting mechanism to speak for those people.”

He added that it was “too strident or too prescriptive” of the minister to give a payment to those who were in “a relevant institution for not less than 180 days”.

Minister for Children Roderic O’Gorman said the legislation would be amended to ensure people who were in and out of institutions for up to 180 days would not be ineligible.

“You made the point about former residents being in and out of institutions, and I take your point,” he told Mr Sherlock at committee.

“And that was one of the changes we made between the heads and this legislation – absences of up to 180 days will not discount somebody from being able to claim.

“It would be illogical to double punish them in terms of having spent time out and then denying them access to the particular scheme.

“So physical absence from the institution for up to 180 days, they can be discounted, and I think that’s significant, particularly for people mainly who are on the cusp of various elements, that will be of assistance.”

Mr O’Gorman admitted it had been “a complex task” to develop the scheme, and a review after six months would be “anchored in the scope of the scheme”.

“I am keen to reassure deputies that the review conducted will include a strong focus on the applicants’ experience of engaging with the scheme,” he said.

Social Democrat TD Holly Cairns said people would like a “proper” explanation why certain people had been excluded from the redress scheme.

“I think people don’t want to hear that you think the Birth Information and Tracing legislation is redress enough for those people, because we know that it’s not.

“Could you please outline why people who spent less than six months in an institution are being excluded without referring to other legislation, which we all know is not redress?”

Mr O’Gorman said a time-based scheme rather than an evidence-based option was “the right one to build in terms of recognising the impact on individuals on time spent in these institutions”.

Sinn Fein TD Kathleen Funchion told the hearing it is often said that a price cannot be put on what people went through in institutions.

“I just don’t see how you can exclude people.

“No matter what happens with this scheme, and if there’s reviews and if there’s some positive changes, if you’re excluding anybody, you’re already on the back foot and starting from a wrong place and creating division, and creating even more frustration and distrust with a group of people who’ve been let down their whole entire lives by this state.

“I really just feel very strongly that we shouldn’t be excluding anybody from the payment scheme.”