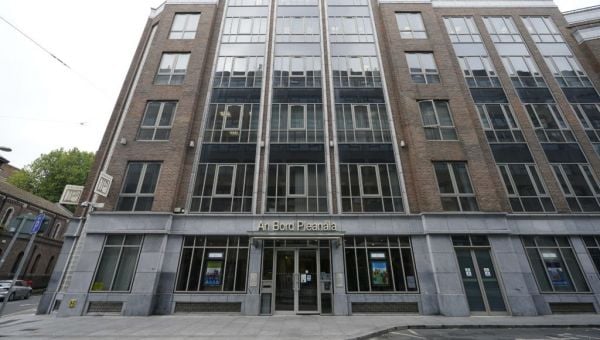 A community group has failed in its Supreme Court bid to quash planning approval for flood relief works in Rathfarnham, Dublin.

Ballyboden Tidy Towns Group appealed to the highest court claiming An Bord Pleanála’s consent for the works should have been time limited due to alleged requirements under the EU Habitats Directive.

The court found the Directive cannot reasonably be interpreted as imposing any obligation to dictate a temporal limitation on a grant of development consent to a local authority under section 177AE of the Planning and Development Act 2000.

In late 2020, the board gave permission of indefinite duration to South Dublin County Council for flood defence and other works in the Whitechurch stream between St Enda’s Park and the confluence of the stream with the Owendoher river in Rathfarnham, subject to 18 conditions.

The catchment area had been identified as a location liable to a particular flooding risk during a one in 100-year flooding event.

The High Court’s Mr Justice Richard Humphreys previously dismissed the group’s challenge. He noted the relevant area has been subject to significant recurring flooding, particularly in 1986 during Hurricane Charley, and again in 2007, 2008 and 2011.

His decision was upheld by a five-judge Supreme Court on Tuesday.

The tidy towns group contended during the hearing that, while planning permissions granted to natural or legal persons are time-limited, approvals granted to local authorities under section 177AE of the 2000 Act can be of indefinite duration.

Section 177AE, the association argued, is inconsistent and incompatible with requirements under the Habitats Directive.

The board, represented by Rory Mulcahy SC and Aoife Carroll BL, submitted that the appellant did not identify any terms within Article 6 of the Directive to support its argument. It also submitted that the council intends to carry out the relief works imminently, so the group’s hypothetical concern would not arise in this case.

Giving the ruling on behalf of the court, Mr Justice Séamus Woulfe said the wording, context and objectives of Article 6(3) of the Directive supported his conclusion that an implied automatic time limit on approvals granted to councils under section 177AE is not necessary.

This position is also supported by case law of the Court of Justice of the EU, he added.

The judge said concerns of unanticipated environmental change are addressed by Article 6(2) of the Habitats Directive. Conditions can also be attached to an approval to incorporate mitigation measures which aim, at least in part, to minimise any negative impacts on a protected site from future changes in ecological data, he said.

Mr Justice Woulfe also highlighted An Bord Pleanála’s power to attach a time limit, if necessitated by particular circumstances. The existence of this discretionary power suggests it is unnecessary to interpret Article 6(3) as containing an implied requirement for an automatic time limit, he added.

There was also no need to refer any questions of law to the Court of Justice of the EU as the correct application of Article 6(3) is clear, the judge added.