Vicky Phelan ‘opened the door to truth for hundreds of other women’, Dáil told 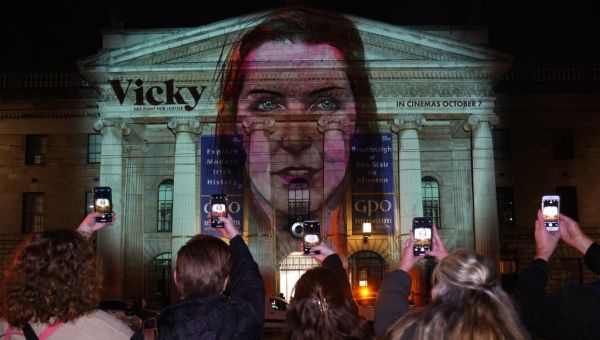 Party leaders offered their condolences to the mother of two’s family, describing her as one of the country’s “brightest stars” and commending her efforts to uncover failings in the State’s cervical cancer screening programme.

Taoiseach Micheál Martin said he felt it was “right and proper” that Ms Phelan’s death was marked, given her “extraordinary impact” on the country.

The Taoiseach offered his condolences to Ms Phelan’s family and friends on behalf of the Government.

“On a personal level, I am deeply saddened by Vicky’s passing. She was a woman of extraordinary bravery and generosity of spirit, and I am confident that very few people would be able to sum up the poise, determination, courage and compassion that she showed in her battle, not just with cancer, but also with the system that failed her and so many others so dismally,” he said.

“In her decision to reject the demand for confidentiality in her court settlement, she opened the door to truth for hundreds of other women, empowered a generation of people to demand better and forced a fundament re-evaluation of the nations crucially important CervicalCheck programme.”

Mrs McDonald said Ms Phelan’s life was stolen by a “vicious disease” and “profound failures of the State, of Government and of the HSE”.

“Enormous and endless tributes flow now for this remarkable and irreplaceable woman. She was a study in resilience, determination and grace under pressure.

The Sinn Féin leader described the mother of two as one of Ireland’s “brightest stars”, adding: “Ireland must not forget, Ireland must change.”

“Safe healthcare, respectful healthcare for mná na hÉireann (Irish women) – that was Vicky’s battle-cry, let it echo from the rooftops. The women of Ireland thank you, Vicky,” Ms McDonald said.

During Leaders’ Questions, the Taoiseach also confirmed the Patient Safety Bill, which has cleared committee stage in the Oireachtas, is due before the Dáil early next month. It will legislate for a number of important patient safety measures.

Ms Phelan had actively campaigned for the introduction of mandatory open disclosure after taking a High Court case in 2018 over how her cervical smears tests were handled.

New laws giving patients the right to their health records should be approved by the Dáil before the end of the year, the Taoiseach said, adding the Government is trying “flat out” to ensure the national cervical screening laboratory at the Coombe Hospital, Dublin, becomes operational by the end of the year.

The Fianna Fáil leader told the Dáil that Ms Phelan’s legacy will be “more effective and more respectful” treatment for women.

Mr Martin said he agreed “wholeheartedly” with Sinn Féin leader Mary Lou McDonald that politicians from all political parties should work together to ensure the patient safety legislation can be enacted as soon as possible.

“There was agreement among the parties at committee stage that at report stage that an agreed amendment would come forward in respect of full disclosure,” Mr Martin said.

“In my view there has been a lot of different perspectives within the health professional community for a long, long time, although many would support the duty of candour, and the spirit of the idea and principle of candour in respect of full disclosure to patients.

“I had discussions with the Minister (Stephen Donnelly), he’s indicating to me that working with the Attorney General’s office that we will have that amendment prior to the end of the year, and we’ll work with all parties to see how we can bring this to a conclusion.”

Mrs McDonald also questioned the Taoiseach over when the national cervical screening laboratory at the Coombe in Dublin would become operational, stressing it had been one of Ms Phelan’s ambitions to bring screening back to Ireland.

“It was a massive, massive, in fact catastrophic error for the laboratory service and for screening not to be carried out in this jurisdiction,” Mrs McDonald said.

She called on the Taoiseach to confirm that the new lab will not just provide additional capacity and that “we work for sufficient capacity, that screening in its entirety can happen here in Ireland”.

Mr Martin said the laboratory would provide “enhanced capacity to meet the future needs of the precious practice screening programme” and that it would be the national base for training, education and research purposes.

“The building works for the new laboratory are completed in October of this year,” he told the Dáil.

“It’s expected to become operational by the end of the year.”

He added: “Work is flat out seeking to get that done before the end of the year.”