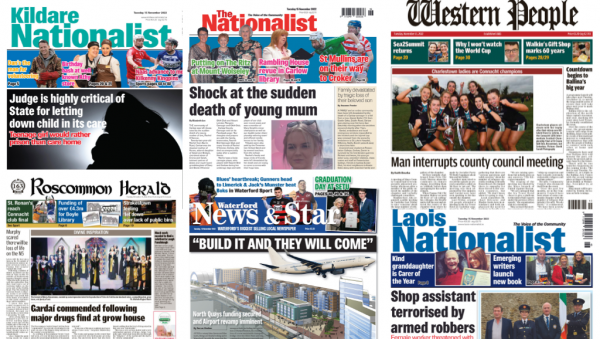 A frightening shop robbery, the sudden death of a young mother, and a major drugs find at a grow house are among the stories featured in Ireland’s regional papers this week.

The Waterford News & Star leads with a major urban regeneration project on the city’s North Quays. The project has secured just over €170 million from the Urban Regeneration and Development Fund and the National Transport Authority. Runway extension works are also expected to commence at Waterford Airport in the first quarter of next year. 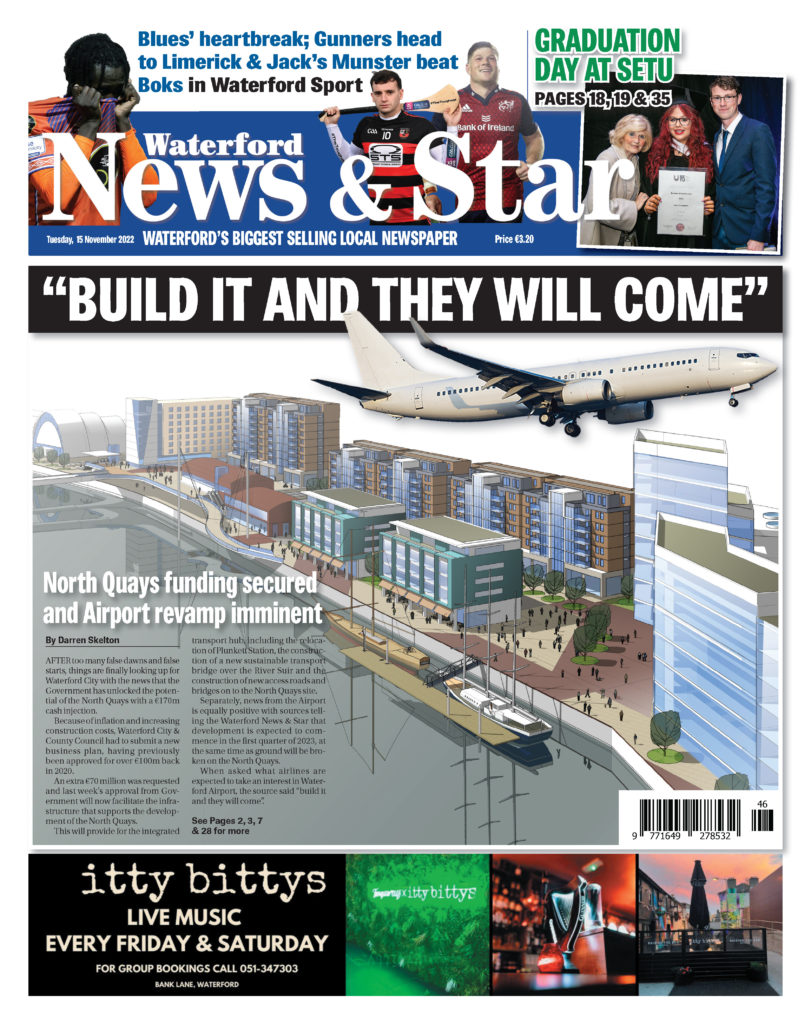 A shop robbery in Portlaoise is under investigation by gardaí, the Laois Nationalist reports. A female shop worker was threatened with a screwdriver by two men in hoodies. 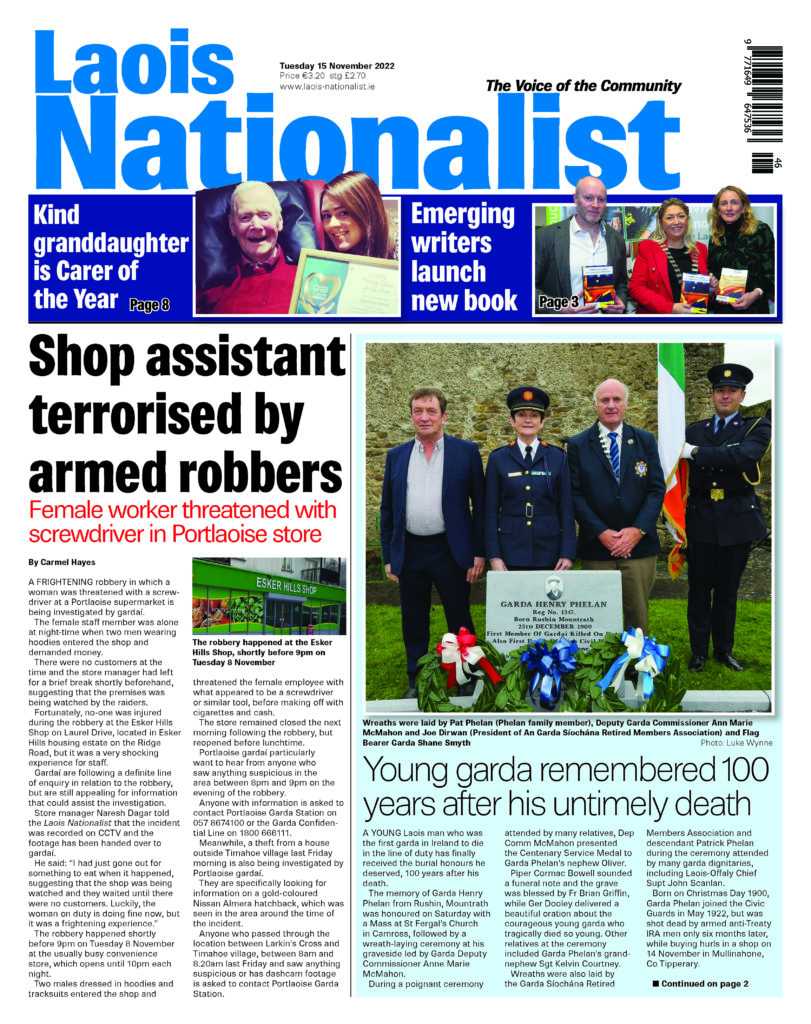 The Carlow Nationalist covers the shock and grief in the community following the death of a young mother of one. Rachel O’Connor died unexpectedly last week at St Luke’s Hospital in Kilkenny. 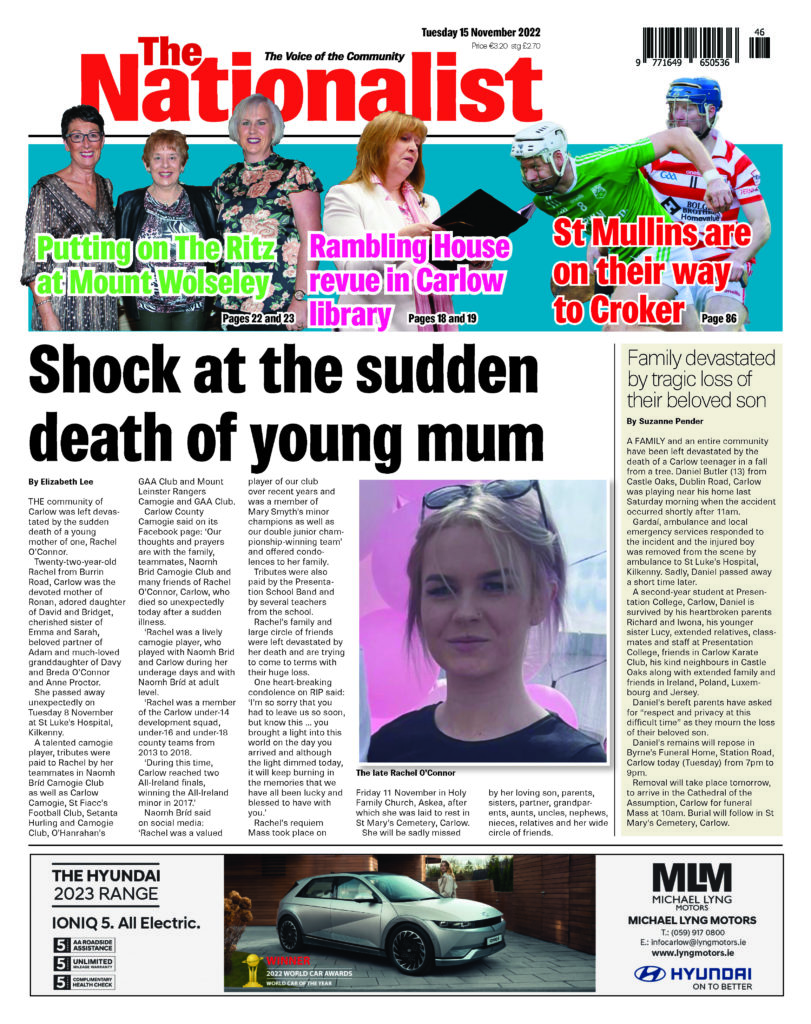 A judge was highly critical of State services for young people as he passed sentence on a teenage girl last week, the Kildare Nationalist reports. Sitting at Athy District Court, Judge Desmond Zaidan refused to send the girl to jail because of what he described as “failed laws”. 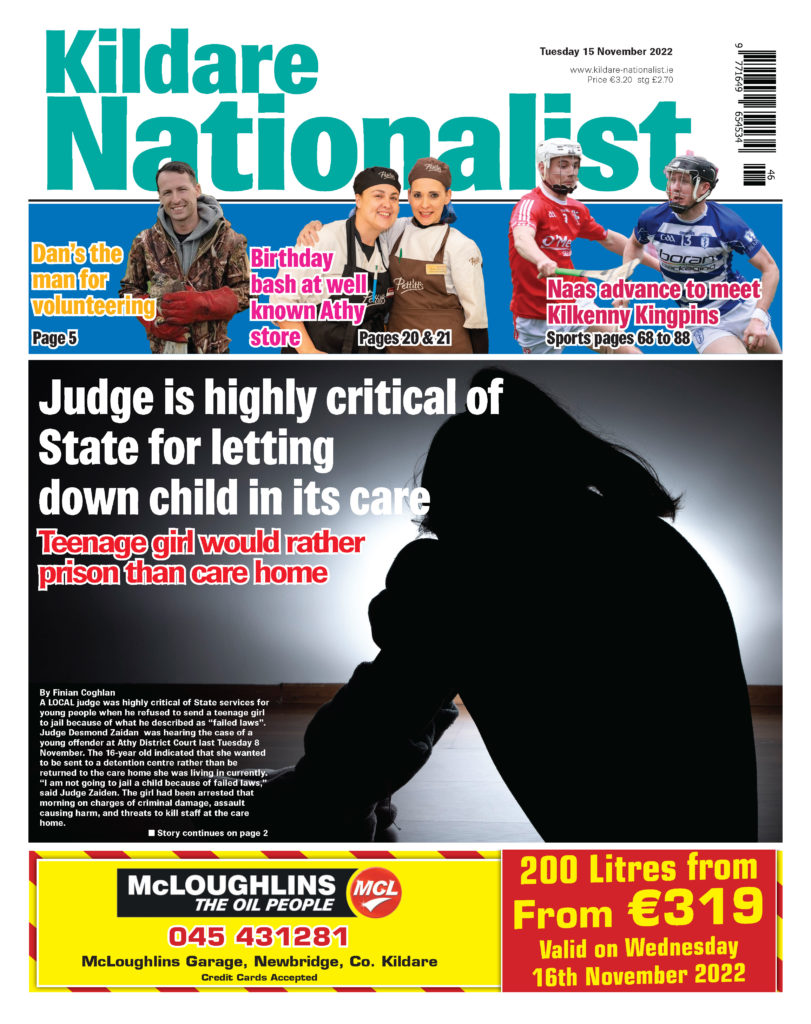 The Roscommon Herald reports on the one of the biggest drug hauls in the county’s history. A 21-year-old man was sentenced last week after gardaí seized 139 cannabis plants and 11kg of harvested cannabis at a grow house. 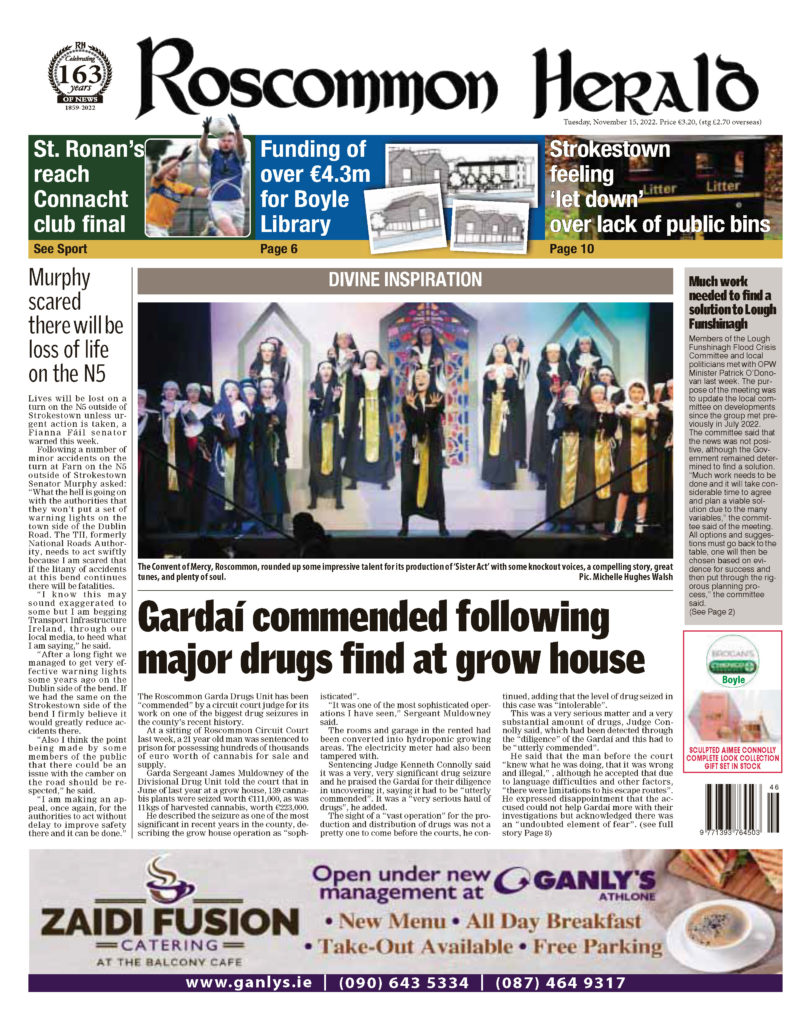 A meeting of Mayo County Council had to be temporarily adjourned on Monday after a member of the public entered the middle of the chamber and verbally challenged councillors, the Western People reports. Stephen Kerr from Breaffy, Co Mayo, called on the local politicians to condemn comments about him and his father made by former TD Ruth Coppinger. 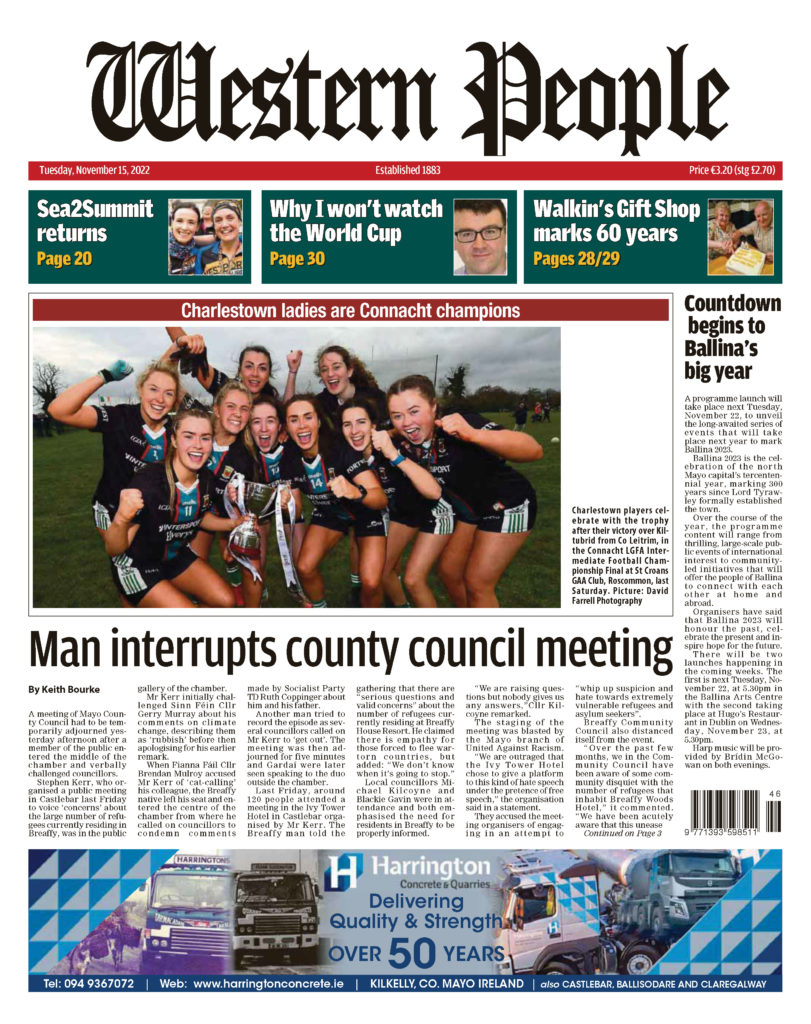