Blackrock abuse survivor: ‘Balance of power’ changed after opening up about abuse 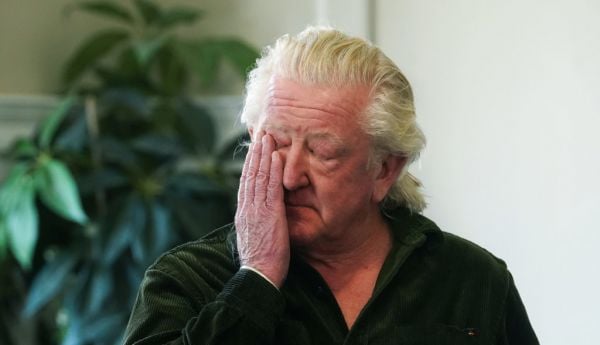 An abuse survivor has said the “balance of power” changed after he opened up about his story of abuse at the hands of the Spiritan religious order.

Corry McMahon, who was abused while attending Dublin’s Blackrock College, said the world has become a different place, since he took part in a restorative justice process.

Independent experts have been appointed to engage with victims and survivors of historical abuse at schools and institutions run by the Spiritan Congregation, formerly the Holy Ghost Fathers.

Minister for Justice Helen McEntee also said a dedicated garda helpline will be set up so victims of clerical sex abuse can report crimes committed against them.

It comes as Fr Martin Kelly, provincial of the Spiritan Congregation, on Wednesday offered a public apology to all victims and survivors who were abused.

Mr McMahon became emotional at a press conference in Dublin as he recounted his story of being abused 50 years ago.

He encouraged others to come forward about historical abuse at any school across the country, not just those run by the Spiritan religious order.

“I was abused at 12 by Fr Flood and my namesake Fr Corry, so the Corry name goes around quite often. But there’s a difference between me and him,” he said.

“Picture a 12-year-old child that you know, that was the shape of us. And also our mindsets at that time,” Mr McMahon said.

“I was left thinking I have got to do something about this. I didn’t know how to do it.”

He added that at the time he felt there was “no room for it in the world”.

He changed his mind after he listened to survivors of abuse at other schools came forward and it “spurred” him on.

He decided to tell his story as part of the restorative justice programme and he had a meeting with the religious order in the library in Blackrock College.

He said one of the things that came out of it for him was that he had lost his faith.

“The next day, I really had a sense of the balance of power had changed. And that I had got the 12-=year-old boy back on side,” he said.

“And, you know, the world’s very different for me now, which is good. And it wasn’t bad before that, let me tell you that as well but, really for me internally, it has changed.

“And I am forever thankful to all the people that we’ve worked with.”

He called on others who had suffered abuse to come forward and take part in the restorative justice programme.

“This is about the voice of the victims,” he said.

“So hopefully this will allow people to come forward which is really why we set this up, it’s to give victims a voice so that they can come forward and engage.”