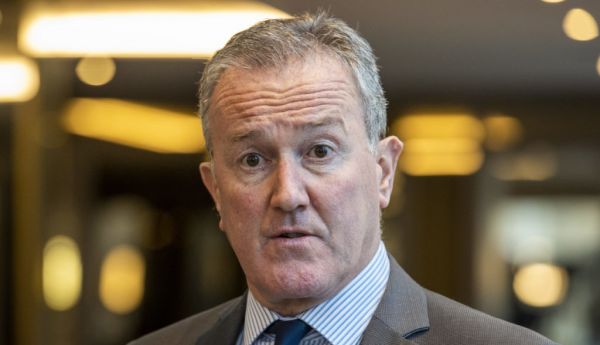 The DUP is sounding “increasingly unhinged” over the fact that £400 energy support payments have not yet been delivered in the North, Sinn Féin MLA Conor Murphy has said.

The former Stormont finance minister repeated his assertion that had the unionist party not collapsed the Stormont powersharing institutions earlier this year, then the payments would have already been made.

His comments came after DUP MP Sammy Wilson told the UK parliament that civil servants were seeking to use the £400 (€450) energy payments as a “lever to get the Assembly back into operation”.

British finance minister Jeremy Hunt told Mr Wilson he was determined that everyone in the UK would get the payments as quickly as possible.

Speaking in response, Mr Murphy said: “I think the DUP is sounding increasingly unhinged in relation to these matters and I think that is because they went out and made a promise that this would be delivered in November to try to excuse the embarrassment of the fact that they had brought down the executive.

“Here we are, well through November, and no clarity when this will come to help households.”

The timing and delivery of the Energy Bills Support Scheme in Northern Ireland is still unclear.

Households in the region are due to be credited with the £400 payment automatically to help with energy costs this winter as part of a UK-wide scheme announced by the Westminster government.

But the Utility Regulator has said the payments may not arrive until January.

It is also not clear if the payments in Northern Ireland will be made as one lump sum or in smaller instalments.

Elsewhere in the UK, gas and electricity customers are receiving the payment in the form of six monthly payments of £67.

Discussions involving Stormont officials and the London government have been ongoing for months about how to deliver the payment in the region.

Northern Ireland has its own market regulator and does not have the energy price cap system that operates in Britain.

Mr Murphy said: “I have always been clear. The first tranche of this money came to us in February. The second tranche came in May.

“Had an executive been in place, had the DUP not pulled down the executive in February, this money would have already been paid out to households.

“So the DUP are now scrambling around for excuses and now trying to thrash around to blame everybody else for the mess that they have created.

“There is no certainty in relation to this. The Chancellor’s wishes that this will be done, assurances it will be done, this is exactly the same rhetoric we have been getting since August.

“I don’t see any sense of certainty as to how and when this will be delivered.

“[Former DUP economy minister] Gordon Lyons and other DUP members came out and criticised me for saying that and here we are in the middle of November and there is no clarity in relation to it.

“That is letting people down and that is a direct result of the DUP’s action in bringing down the executive.

“Had an executive been in place we would have had our own scheme, the funding was available from Westminster and people would be getting this money now.”

Mr Wilson told the Commons this week that UK ministers had made commitments the payments would be made before Christmas.

He added: “But it seems that some senior civil servants are seeking to use non-payment as a lever to get the Assembly back into operation again.”

Mr Wilson went on to ask the British finance minister to “investigate whether civil servants are interfering in the political process in Northern Ireland”.

The North is without functioning powersharing institutions as part of the DUP’s protest against the post-Brexit Northern Ireland Protocol.

There are also no ministers in post at Stormont following the passing of a deadline for the parties to form a new executive.