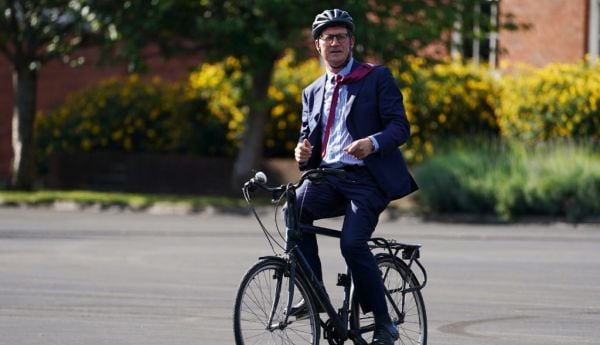 Green Party leader Eamon Ryan has been appointed as the EU’s lead in talks on climate damage reparation, an issue that has proven contentious at Cop27.

Damage to people’s homes and farms, schools and transport links caused by rising seas and increasingly extreme weather is a key focus at the two-week long Cop27 summit in Egypt.

Mr Ryan, the Minister for Transport and the Environment, is attending the UN climate conference in Sharm El-Sheikh this week.

Among the biggest issues is whether a global fund should be set up where rich, polluting nations would compensate poorer nations for the damage they are suffering.

If we keep trying to solve the problem of oil and gas on the demand side – pointing the finger at consumers – it won’t work. We have to start with the source of the problem – which is why #boag is so important. It shapes the narrative towards this change. @Cop27IRL pic.twitter.com/elTFAQQJeW

Small island nations, particularly vulnerable to the threat of rising sea levels, have accused developed countries of stalling progress on establishing such a fund.

Mr Ryan will be working alongside European Commission Vice-President Franz Timmermans and his team.

The EU team considered a proposal on Wednesday morning on loss and damage from the G-77, a collective of over 130 developing countries.

“We need a solution for a 2022 world, not a 1992 world,” Mr Ryan said, referring the year when the first COP gathering took place.

“We must have a focus on the most vulnerable, and flexible ways to reach them with finance and support. It must be demand driven and targeted – to get support to those who need it most.

“There is no silver bullet, no one solution. We need a mosaic or ecosystem of solutions that suit different needs and circumstances.

“Above all, we need to listen and respond to the voices of those most exposed to climate destruction. We also need unprecedented financing, from a variety of sources, exploring taxes, levies and debt forgiveness, for example.”

In the coming weeks, Mr Ryan is to publish an update of the Government’s Climate Action Plan, which many will watch keenly to see if it contains details of the actions key sectors of the Irish economy need to take to dramatically reduce their carbon emissions in the coming years.