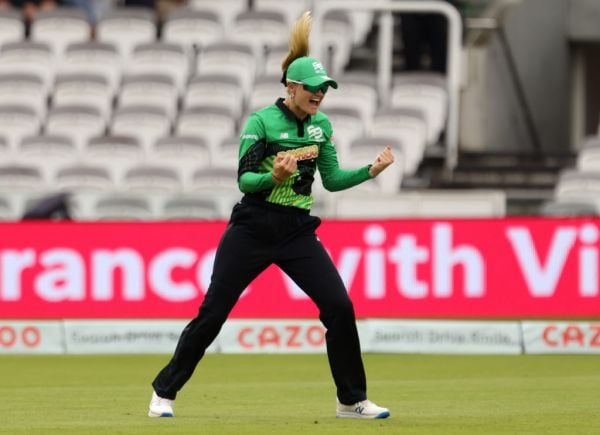 Ireland have made history in Lahore, securing their first ever overseas series win with a 2-1 victory over Pakistan.

Neither the men’s or women’s team have previously come out on top in a bilateral series on the sub-continent, but Laura Delany’s side bucked the trend in style as they claimed the decider by 34 runs.

Their landmark success was built around a 110-run opening stand between Amy Hunter (40) and Gaby Lewis (71), with the duo laying the foundations for a first-innings total of 167 for four.

WE WIN THE SERIES!!!

What an effort from the team to give us our first series victory overseas! We win the final T20I by 34 runs 👏👏👏

Lewis struck 11 fours and one six in her ninth T20 half-century, with Hunter playing the perfect foil and Orla Prendergast adding 37 from number three.

The home side were bowled out for 133 with seven balls of the reply unused, as Javeria Khan’s 50 at the top of the order went unsupported.

Jane Maguire made an early breakthrough with the new ball and returned to end Khan’s resistance, as Arlene Kelly and Delany scooped up three cheap wickets apiece to shut things down.