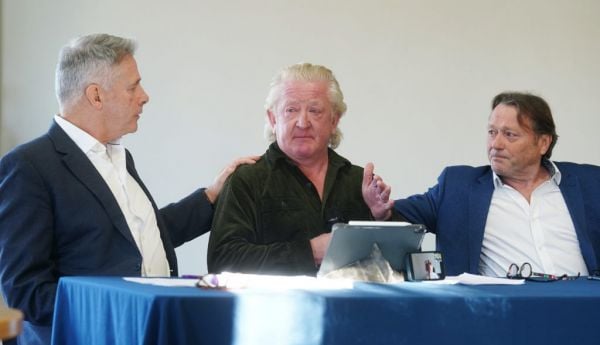 The Government is considering a public inquiry into historical abuse allegations by Spiritan priests.

It comes as the Spiritans of Ireland gave a public apology to victims on Wednesday, and announced that an independent group would engage with survivors of abuse at schools and institutions decades ago.

Speaking in the Dáil, Taoiseach Micheál Martin said the government would give consideration as to whether a public inquiry would be “the most effective way to have a victim-led approach to what went on”.

He said there was a need to “learn lessons” from previous public inquiries into clerical abuse in Ireland, which took longer than people had expected.

“The level, the scale and nature of sexual abuse carried out in Blackrock, and indeed in other school settings, is absolutely sickening and shocking.”

“Our sympathies go out, and thoughts, to all the victims and survivors of such terrible abuse because such sexual abuse causes immense trauma for the entire life of those who have been abused. It destroys many aspects of their lives.

“It’s a stain on our society that so much abuse occurred in settings where people were entitled to feel safe and where people should have been protected and nurtured.”

“That there is justice at the end of the day for some of those who have come forward.

“Justice means the criminal justice system making sure that those who are responsible are held responsible, irrespective of what age they are or how long ago it happened.

“I think we need to get a full picture here, we need to know how many or who we are talking about.

“We listen to the voices of those who are speaking to us and at the end of the day these are appalling acts we are talking about, so we need to ensure that there is justice and whatever form that comes in.”

A debate on the issue is due to be held in the Dáil next week.